Kimi Raikkonen was in philosophical mood despite crashing out at the end of Friday's session heading into the final Grand Prix of an illustrious two decade career at the top of global motorsport.

Abu Dhabi will be Raikkonen's 349th race in Formula 1 since he made his original debut for Sauber in the 2001 Australian Grand Prix.

F1's most experienced driver ended the day 15th fastest, but he then hit the wall as the chequered flags came out after losing the back end of the Alfa Romeo heading through turn 14 of the upgrades Yas Marina Circuit.

“It had been a normal Friday until the last lap," he reported. "We have been trying things, seeing what happens and what works, as we always do: we had finished nearly all our work when I had my accident.

"I just lost the rear in a place where there wasn’t any run-off and went into the wall," he sighed. "These things happen."

Although the front and back of he car were damaged in the collision with the wall, Raikkonen himself was able to jump out of the car within seconds of it coming to rest, seemingly no worse for the experience.

Up to then, the Finn has been enjoying the new track layout. Making changes is good and I can see why they were done," he said. 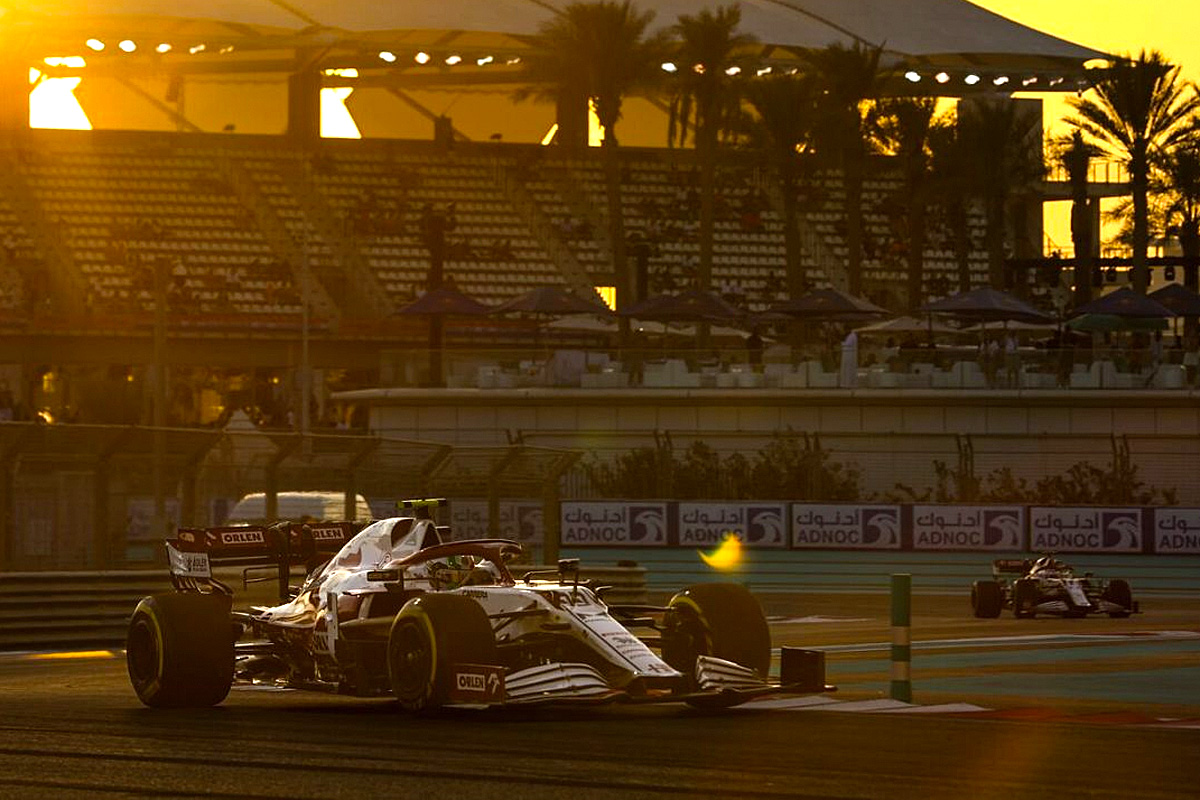 "I am not sure whether overtaking will be any easier," he added. "In the end it is what it is - it’s different and we’ll have to adapt.”

Raikkonen's team mate Antonio Giovinazzi - who is also leaving Alfa Romeo and F1 after this weekend for a new career in Formula E - was also feeling positive after Friday's sessions which saw him end the day 12th fastest.

“We had a good start to our weekend and, overall. It was a good day," he commented. "We made a decent improvement from FP1 to FP2, and if we can repeat it tonight we should be in a good place for qualifying.

"[Qualifying] will be interesting: we want to build on the strong result from Jeddah, the fight in the midfield will be close and everything will hinge on hundredths of a second. But I am confident we can have a good day.”