Pirelli F1 boss Mario Isola says the performance difference shown in testing earlier this week in Abu Dhabi between F1 teams' mule cars equipped with next year's 18-inch wheels and this year's machines was "quite acceptable".

Pirelli concluded on Wednesday in Yas Marina its development program for its 2022 tyres that will be mounted on F1's new-spec wheels.

On Tuesday, the session was run alongside a young drivers test that saw a group of rookies take to the track onboard 2021-spec cars, which offered an opportunity to compare the pace of F1's mule cars fitted with 18-inch wheels to this season's machines.

The latter were faster, but Isola was satisfied with the performance disparity between the two.

"I believe that the graining [of the 18-inch tyres] was the main limitation in terms of performance during the two days in terms of lap time," commented Isola after the test in Abu Dhabi.

"I will say they were quite good, because if you compare, for example, [on Tuesday] they were a bit more than one second slower than the 13-inch tyres, not considering the fast lap made by De Vries at the end that was clearly a qualifying lap, while with the mule cars, they were not focusing on qualifying laps. 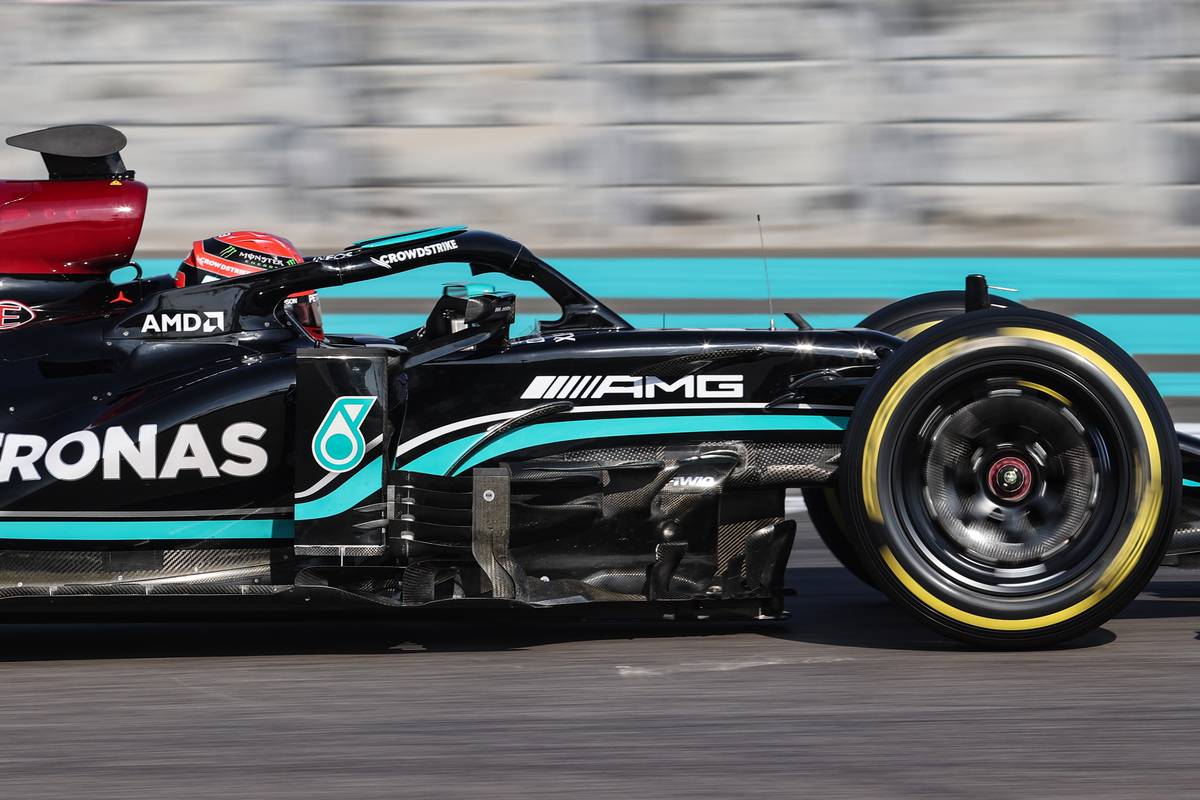 "That is quite acceptable considering that the cars are not fully optimised. Next year, with the new cars, the setup will be much better and more balanced."

However, Isola admitted that it was difficult to accurately project the relative performance of Pirelli's 18-inch rubber for 2022 given that they will be fitted to all-new designs.

"We'll only get a true picture at the start of next year, when the teams will be able to test these tyres with 2022 cars, which will have completely different aerodynamics, different brakes, and wheel rim covers as well," explained the Italian.

"According to the latest simulations from the teams, the new cars will be around five tenths of a second slower than the current cars: a gap that they will probably manage to overcome anyway by the end of next season."

Regarding the feedback delivered this week by those who tested the 18-inch tyres, Isola said that comments from drivers mainly centered around differences in terms of braking and steering.

"It's a bit more difficult in braking, easier to lock sometimes," he said.

"In some cases, some snap oversteer that is in line with the fact that, with understeer, you tend to use more steering angle.

"And when you lose the grip from the rear [it's] more snappy, so it's quite coherent with these comments."

Video: O'Ward's day at the wheel of McLaren's F1 car