Robert Shwartzman, driving for Haas, wrapped up the second and final day of post-season testing in Abu Dhabi by topping the timesheet at Yas Marina.

The Ferrari hopeful was the only driver in the field running onboard a current 2021 car, and as such had an advantage over those teams running the slower mule cars fitted with next year's 18-inch wheels.

Aston Martin's Sebastian Vettel saw his morning undermined by a hydraulic issue but the German driver enjoyed a trouble-free afternoon that concluded with him setting the third fastest time.

George Russell – handling Mercedes' mule-car testing duties on his own – was fourth quickest, just ahead of AlphaTauri's Pierre Gasly and Ferrari's Carlos Sainz.

Fernando Alonso was seventh fastest for Alpine, while Guanyu Zhou continued to get acquainted with his new Alfa Romeo new by setting the eighth quickest lap.

Closing out the field and rounding off the top ten were Red Bull's Sergio Perez and Haas reserve Pietro Fittipaldi. 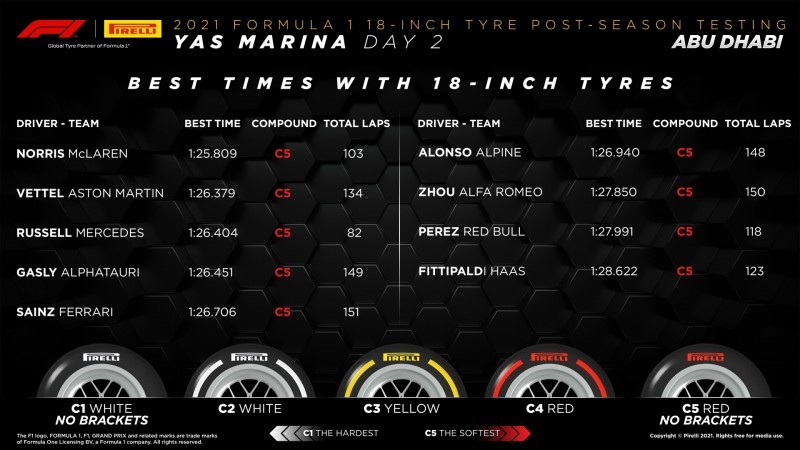 Hakkinen: 'Much worse' for title decider to end behind Safety Car