Max Verstappen's mother Sophie Kumpen says she was preparing for defeat in the closing stages of F1's title decider in Abu Dhabi when "the angels"  unexpectedly turned the race around for her son.

Kumpen, a former race in her own right, gifted her good genes to Formula 1's 2021 world champion along with those of her former husband and F1 driver Jos Verstappen.

While the 46-year-old Belgian has always followed her son's career very closely, she was not on site at Yas Marina to witness Verstappen's title bid and historical success.

Speaking to Belgium's Het Laatste Nieuws after the dramatic showdown between the Red Bull driver and arch-rival Lewis Hamilton, Sophie described how she lived through the final minutes of her son's race. 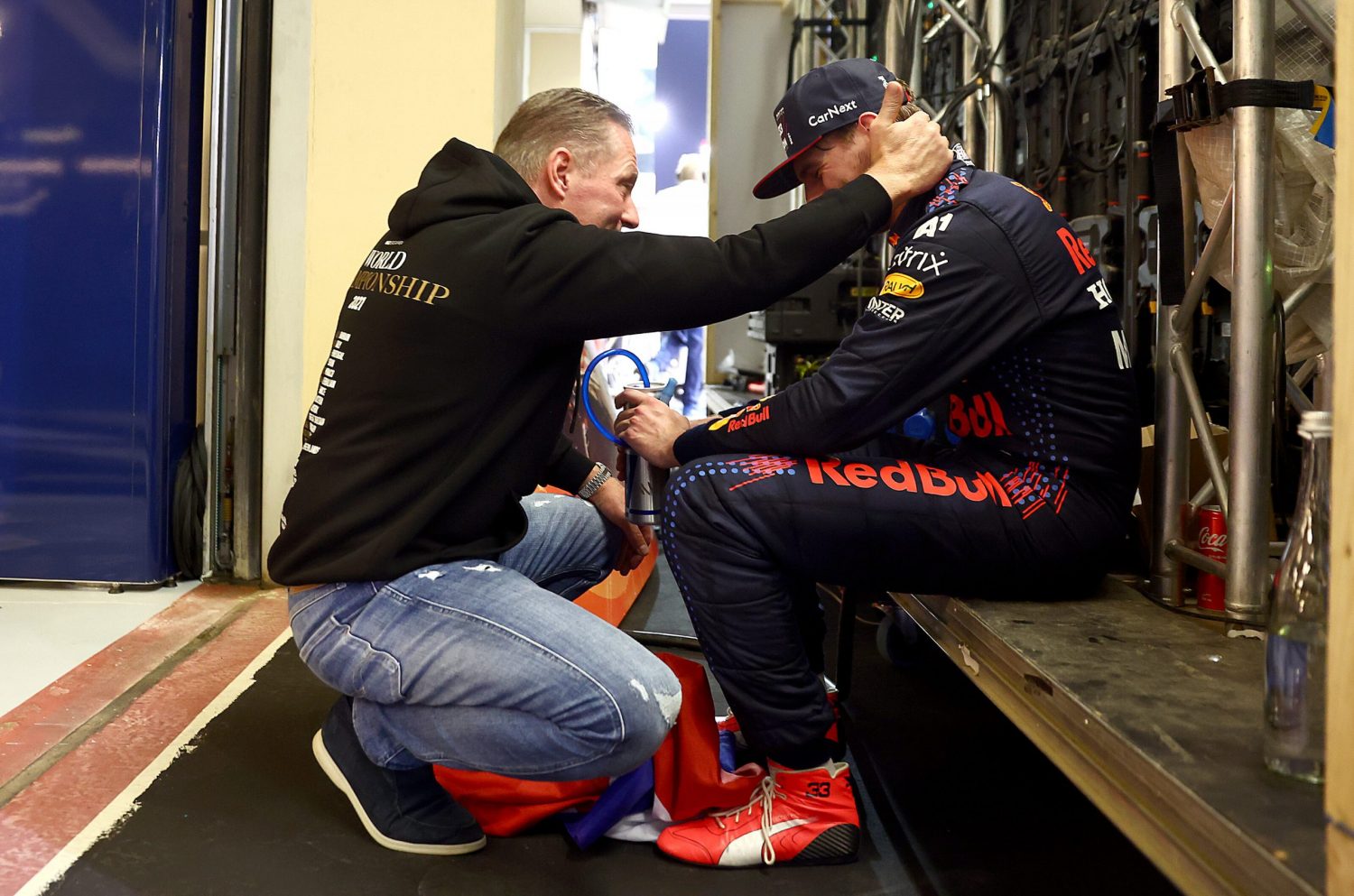 "Only now are we starting to realize it: my son is F1 world champion," she said. "I screamed and cried.

"Max was a lion because, it must be admitted, Hamilton was the strongest in the race. The angels helped us.

"It didn’t look too good until the end, but then my daughter texted me – ‘Safety car! Call on the angels’. And behold, they helped me.

"I can’t count all the candles I lit this week!"

As any good son would have done, Max called his mother immediately after his triumph.

"I was pleased to hear from him even though he was a bit upset," she recalled.

"The first thing he asked me? How many times I went to the bathroom during the race.

"Oh well, it was nice to get him on the phone. Of course, you want to hug him, but I’m glad I heard from him."

Verstappen mother also recounted how her entire neighborhood in Belgium came together to support her son's efforts on race day.

"It’s incredible what triggered this success," Kumpen said. "We started following the race together with almost the whole neighborhood.

"People were coming from all over. Belgians and Dutch together, all for Max. It was something really unique."

Brawn happy to leave 'far too critical' 2021 F1 cars behind