Daniel Ricciardo says he was spurred on last September in Monza by his determination to "make a statement" in the wake of his difficult maiden season with McLaren.

Ricciardo's dominant but shock win in last September's Italian Grand Prix was a welcomed triumph for the Aussie who hadn't won a race since Monaco in 2018 and who had struggled during the first half of the 2021 campaign to find his feet at McLaren.

Beyond the sheer joy of returning to the top step of the podium in F1, Ricciardo felt that his victory was also an emphatic answer to those who had doubted the 32-year-old's ability to rebound, as he suggested over his team's radio on his cool-down lap.

"For anyone who thought I left… I never left. Just moved aside for a while," quipped the McLaren driver as he reflected in the joy of the moment on his sensational win.

Some four months on, Ricciardo explained the full meaning of those words, which he said were once inspired to him by his former performance coach, and described the backdrop behind his remarkable performance that weekend. 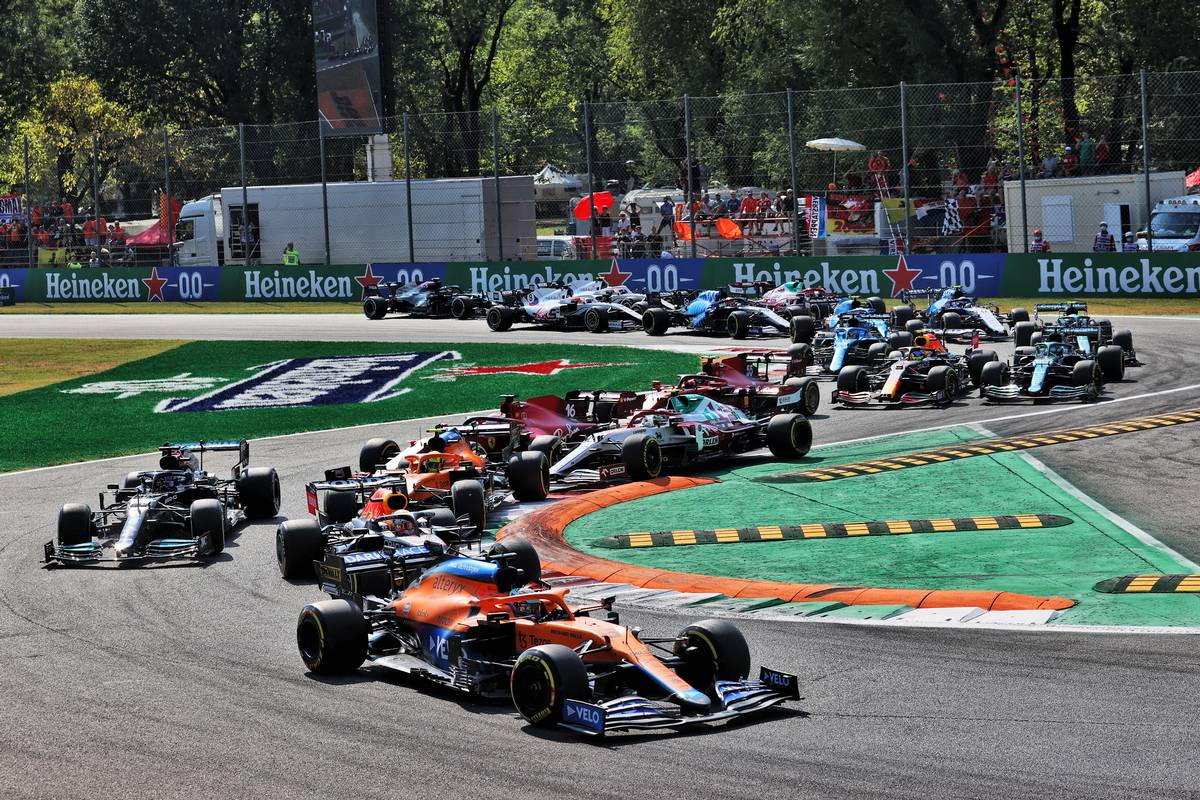 "I think it's from a movie where he's like, 'I never left, I just moved aside!' or something, we would joke about that sometimes," Ricciardo said.

"But I guess the 'I never left' thing, it was part from that. But it wasn't like I wasn't planning it.

"I want to say I may have hesitated, because I didn't want to be like Valtteri where it's like, 'to whom it may concern'. I don't want it to be a sound clip to be like, 'fuck everyone!'

"But I definitely felt like there was a lot of people who had written me off and also that weekend, something was over me. Like, I wasn't surprised with how the result turned out.

"Even like the fastest lap on the last lap. There was just a lot of stuff that I wanted to just put out there and I was like, I just wanted to make a statement.

"So in the end, it was 'I never left' but the whole weekend, I felt like every day I was making some form of statement to myself at least."

Despite the growing number of skeptics that had questioned him during the first half of the 2021 season, Ricciardo says he headed into F1's summer break after the Hungarian Grand Prix "at peace" with himself.

"I remember flying back actually [after Hungary] and I felt at peace with having the time off and getting back to Europe," he recalled.

"I felt like the break gave me what I needed. And I truly did feel different getting into the car at Spa. I just felt light again.

"The first half of the season, I guess was weighing on me. And I felt like I'd got rid of a lot of that, which was good for me."