Ferrari is planning to launch its new Le Mans Hypercar as early as June, according to the team's sportscar racing chief Antonello Coletta.

The reveal will be at Ferrari's private Fiorano test track, and the car will then undergo extensive testing before its race debut in the 2023 FIA World Endurance Championship.

It will end a five decade absence for the team from hypercars. Ferrari is a nine time winner of the top class of the Le Mans 24 Hours race, but its last victory was in 1965.

A rendering by Sean Bull Design of the possible classic livery Ferrari might be planning to use is shown above.

Changes to WEC technical regulations have enticed the premier motor manufacturer back, with development of the new hypercar run by AF Corse being combined with work on its next-generation 296 GT3 car with Oreca.

“We will start [testing] with the new hypercar I hope in June or July, and the new GT3 car on more or less the first day of April," Coletta told Autosport's Charles Bradley this week.

“We will start in our track in Fiorano – because it’s tradition and takes minimum effort to open the doors, start the engine and go," added the head of Ferrari’s Attivita Sportive GT department.

"I can just open my office window and watch!" he smiled. “And after that we will see. Our technicians have already created a map of the test programme.” 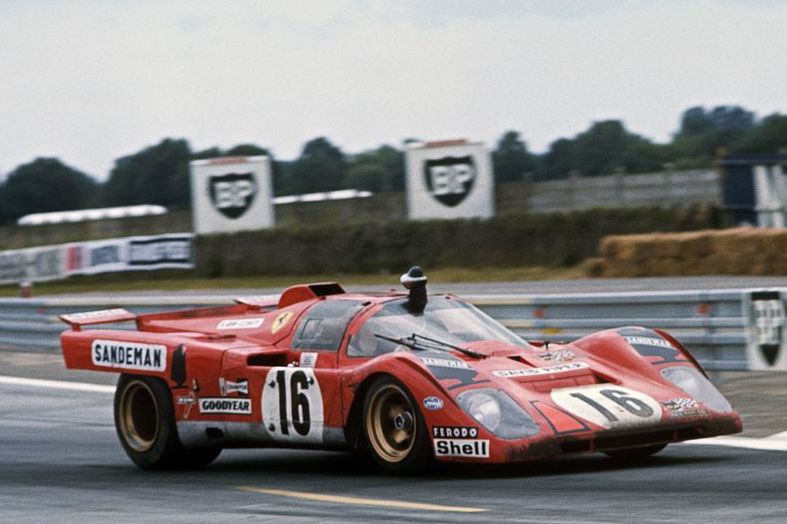 Coletta insisted that he was confident that the new LMH rules would result in a "great car". He said he was happy with the decision for Ferrari to go in at the top class rather than the lower-cost LMDh path selected by Audi, BMW and Porsche based on the LMP2 class.

"Our project is going ahead very fast. It’s very complicated, because the LMH is more complicated than the LMDh, but this is what we have chosen.

“When Ferrari chose to be involved in the top class, it just had to be in Le Mans Hypercar,” he explained. “When we compete in a category, it is normal that the car has to be all Ferrari, the entire project is under the control of our technical staff.

"With all the cars involved in this category, I believe the styling will be very different between them.

“I think it’s important for the fans to understand very easily what is a Ferrari, this is a Peugeot, this is a Toyota," he added. "In the past, it was difficult to understand the differences between such similar cars.