Haas opted not to undertake any major development work and fielded an all-rookie driver line-up, and so it was little surprise that they ended up bottom of the constructors standings in 2021.

Neither Mick Schumacher nor Nikita Mazepin managed to finish in the top ten in any of the Grand Prix races. They were the only full-time drivers to end the season without any points.

But Steiner says that the team's new VF-22 chassis in response to a major overhaul of the sport's technical regulations would mean that both men will be in a better position to fight for points this season.

"The expectation is just to be able to fight for points, and fight with the other drivers who are in Formula 1," he affirmed confidently on Friday at the Haas livery launch.

"I always say I’m cautiously optimistic because I see how Simone and his group developed the car over the last year, how hard they worked on it," he told the media, including the official Formula 1 website.

"The results from the wind tunnel, the improvements they do each session ... makes me cautiously optimistic," he said, adding: “But to say we will be in the midfield, I don’t know.

“I obviously have faith we will be there, but I don’t know what the other [teams] are doing so we have to wait a little bit longer [to find out]. 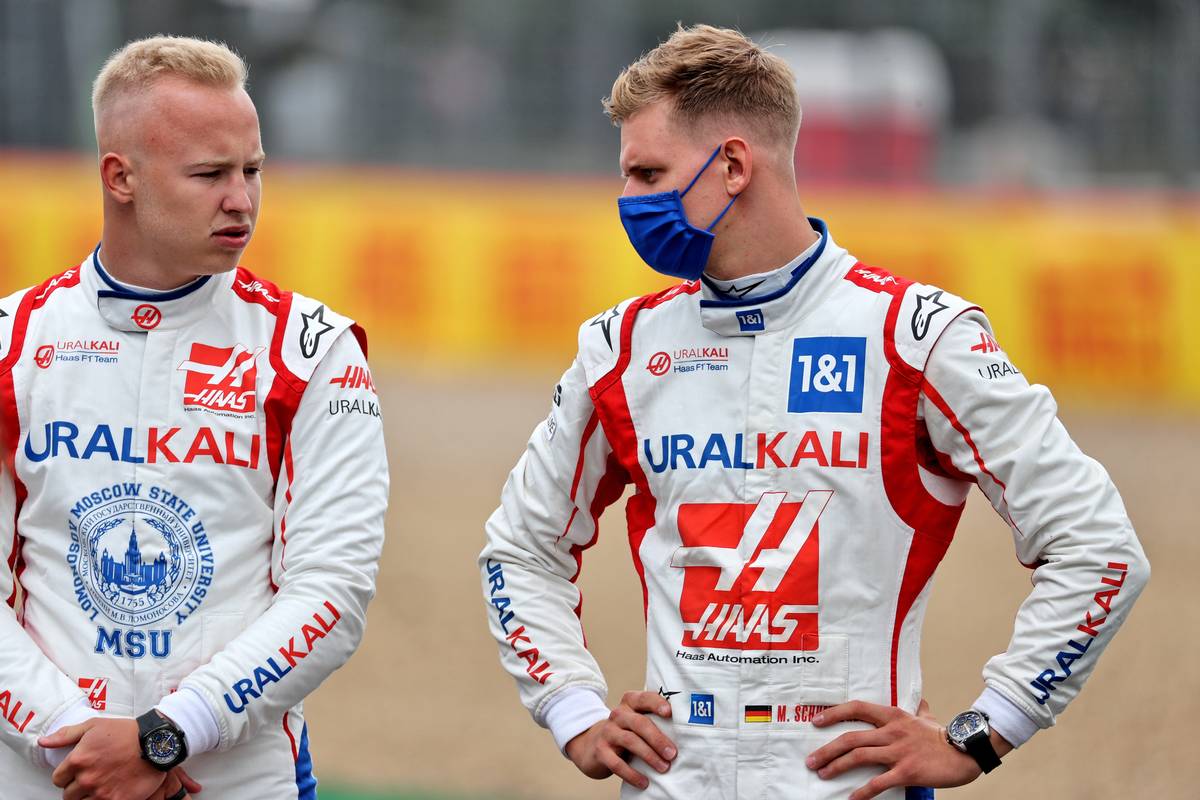 Steiner admitted that the team had been through a hard time in the last couple of years, but insisted he wasn't downbeat about their wooden spoon season.

"I am pretty happy what happened last year because we had two tough years," he said. "What kept me going was actually what the people did in ’21 back in the design office and in the aero group.

“That is the only thing I can judge the performance, what I expect from the car," he added.

As for his young drivers, Steiner said that he expected them to step up and take advantage of the new hardware on offer in 2022.

"With their rookie year, we were always very open that the expectations were not high," he acknowledged. "They had the opportunity to learn and to establish themselves in Formula 1.

"Now this year, we have to prove that we are on the right track with the drivers.”

Haas was the first team to hold an official launch of their 2022 contender, although the emphasis was on the livery rather than the design of the car.

Next up is Red Bull, which will unveil its car next Wednesday.

The first on-track appearance of this year's car will come later this month at the Circuit de Barcelona-Catalunya, but there will be no live media coverage of the session.