Lewis Hamilton says he is eager to get in the mix and battle F1's current front-runners Ferrari and Red Bull, insisting Mercedes is working hard to fix the issues impacting its W13 "as quick as possible".

Hamilton and teammate George Russell were unable to challenge for a race win in Bahrain, with the seven-time world champion only salvaging a podium at Sakhir thanks to Red Bull's late double DNF.

Chronic porpoising, understeer and too much drag are weighing on the performance of Mercedes' new Silver Arrow. But Hamilton is confident the Brackley squad can improve its fortunes sooner rather than later.

"I don’t currently feel too stressed, but I want to get in the fight as soon as possible," Hamilton said on Friday ahead of the opening day of running in Jeddah.

"The last race was obviously an amazing feeling for us given where we thought we were going to be to come out with the result we did.

"But we can’t rely every weekend on that to happen so we need to do move forwards as fast as we can." 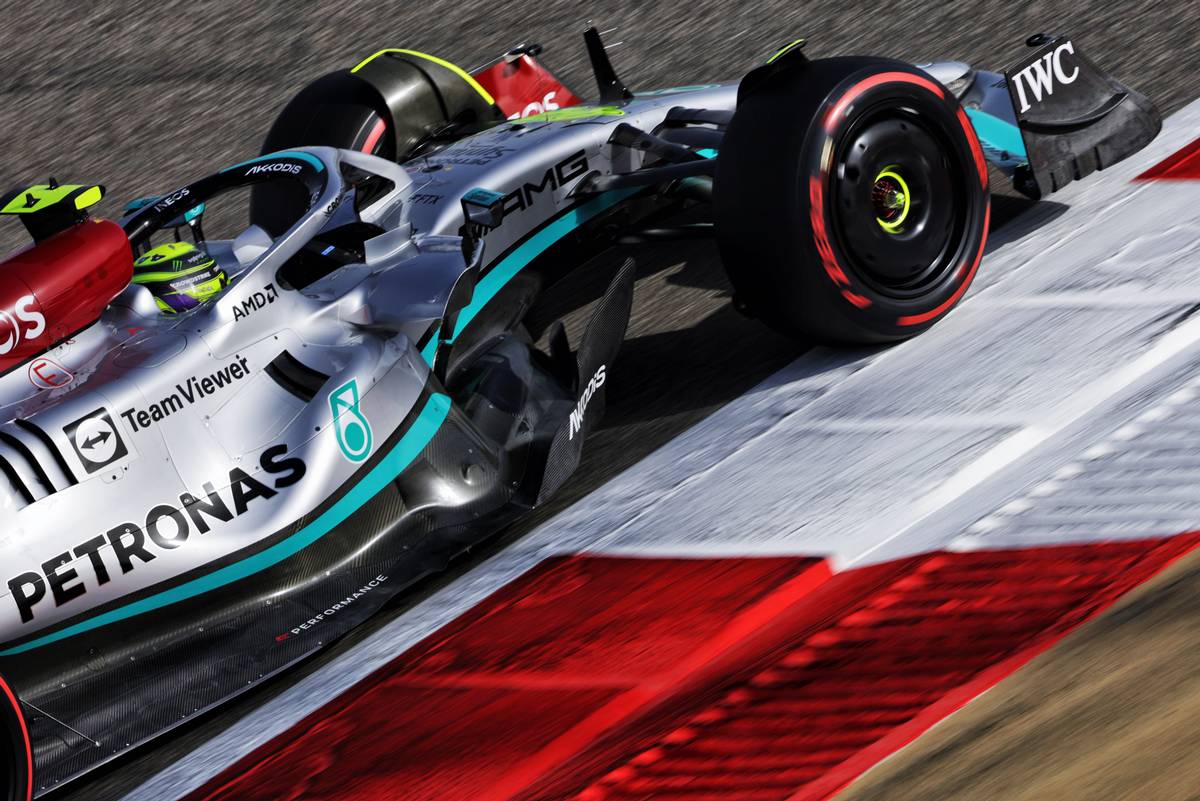 While a quick fix to Mercedes' troubles is unlikely, Hamilton is convinced that if there's one team on the grid that can rapidly put itself back into contention, it's his own.

"I think there’s a lot of potential within our car and we’re just trying to work as hard as we can to rectify them as quick as possible.

"We’ve seen the amazing performance of some of the other teams, how close it is between all of us so I’m hopeful that we will improve.

"I have no doubt that I’ve got the best group of people behind me in order to come up with solutions and fix it and extract performance.

"I’m very proud of my team for just keeping their heads down, staying focussed, turning to the crazy amounts of data that there is every time we’re basically out in the car and just trying to understand what the issues we have.

"But three days is such a short time between races, there’s not a huge difference here this weekend.

"Hopefully we’ll have some things to try. And from a driver’s perspective that’s exciting coming in to today when we get into the car, for example, just trying something new and hoping that it unlocks a bit of performance."

Hamilton hoped that Jeddah's layout and specific characteristics, which are very unsimilar to Bahrain, will help mitigate some of the problems impacting Mercedes' car.

"It shouldn’t be as bumpy as Bahrain," he said; "Bahrain’s obviously a much older circuit, it’s got more character to it because it is as old as it is.

"This track is super-fast but a different surface, it will behave with the tyres differently.

"These long straights might not be too much fun with the bouncing if we still have it. Those that have the bouncing are in the same boat, hopefully we’ll try and fix some of it."

Verstappen: Drive to Survive made Norris look like 'a bit of a dick'