Haas has formally rejected a claim by former sponsor Uralkali that it must refund $13 million of sponsorship money, with the US outfit seeking a compensation for "loss of profits" of $8.6 million.

Ahead of the start of the F1 season, Haas severed ties with its driver Nikita Mazepin and with its Russian title sponsor, chemical giant Uralkali - majority owned by Mazepin's father Dmitry - in the wake of Russia's invasion of Ukraine.

But Uralkali disputed the termination of the contract and said at the time that it intended "to protect its interests in line with applicable legal procedures" while it also reserved its rights "to initiate judicial proceedings, claim damages and seek repayment of the significant amount".

Uralkali has now requested that Haas refund to the company $12 million of sponsorship money that was paid in advance to the US outfit. The Russian fertilizer giant is also disputing the team's to terminate its contract with the company.

According to a report from Motorsport.com, Haas has responded to Uralkali's claim, insisting that it had the right to terminate the deal in conformity with a clause in the contract which stipulated that Uralkali does not ‘injure, bring into dispute, ridicule, or lessen the public reputation, goodwill of favourable image of Haas’. 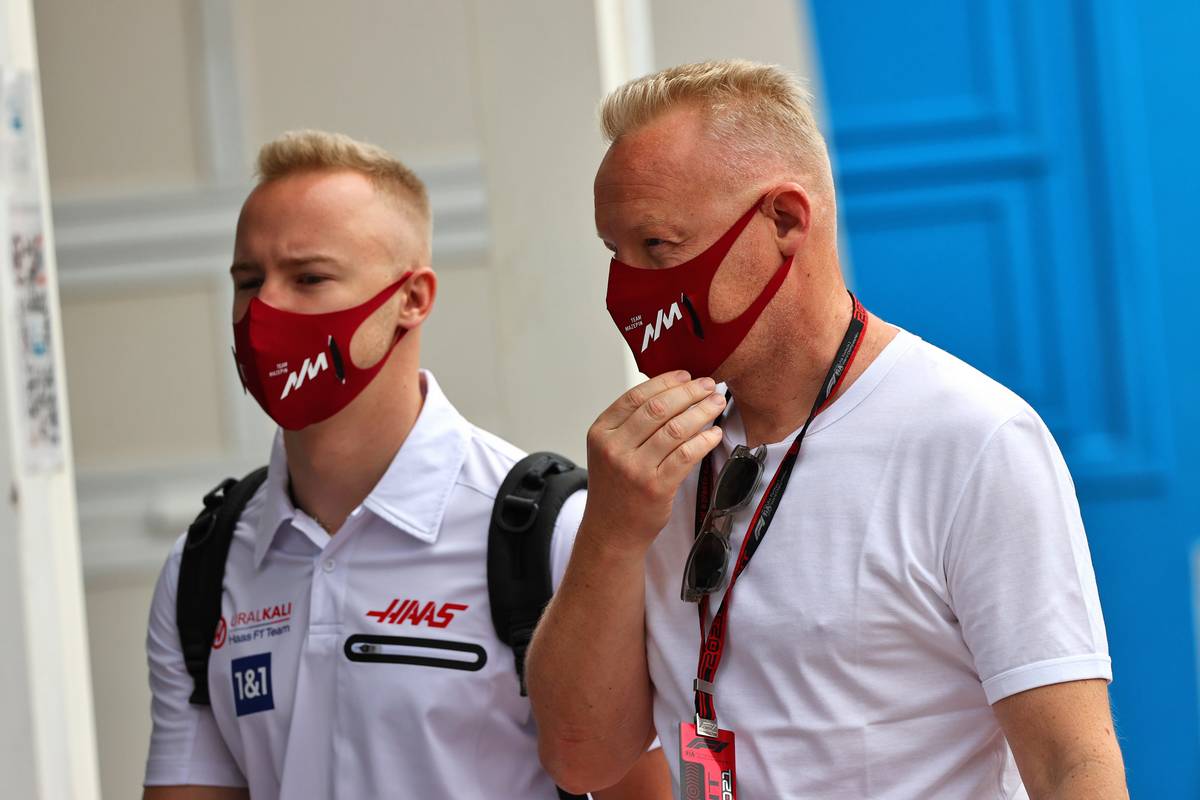 Haas argues that the latter clause was breached due to Dmitry Mazepin's personal ties to Russian president Vladimir Putin and to the sanctions imposed by the European Union on Russian companies and on the country's oligarchs.

"According to unanimous legal scholars and case law, the party which terminates the agreement for breach of the other party is under no obligation to return to such party what it has already received under the agreement," it states.

"The claim of Uralkali to obtain the re-payment of the down paid amount of EUR 12,000,000 is therefore ungrounded and rejected."

Haas has not only rejected Uralkali's request for reimbursement, it has demanded an $8.6 million additional payment by Uralkali as compensation for the profit it lost as a result of the deal being terminated.

Motorsport.com also reveals that Haas will not execute a clause in its 2021 contract with Uralkali that calls for the team to give Nikita Mazepin one of the cars he raced last season until the US outfit has received the $8.6 million compensation payment.

"Unless and until the aforesaid amount will have been paid to Haas no obligation exists on Haas’ side to deliver and no delivery of the F1 car will occur," states the team in its letter to its former sponsor.

According to sources close to Uralkali, the Russian company has been left shocked and "in disbelief" by Haas' demands and its withholding of monies.

"It's a truly shocking treatment toward a title sponsor who stepped up last season when the team badly needed resources and who had offered to go above and beyond the contracted amounts to provide additional bonuses to team staff to achieve better results for all involved," said a source quoted by Motorsport.com.

Neither Haas nor representatives of Uralkali or the Mazepin family have yet publicly commented on the matter.

FIA responds to criticism over 'slow as a turtle' Safety Car