Zhou tangled with AlphaTauri's Pierre Gasly on the opening lap of Saturday's sprint, a contact that sent the Alfa into a spin and into the barriers, which inflicted heavy damage to the C42.

Alfa's mechanics had no other choice but to undertake repairs after the curfew and under parc fermé conditions.

While penalty-free repairs are authorized under parc fermé conditions, no modifications to the car's set-up are permitted. However, Alfa admitted that it had undertaken changes to Zhou's car, a breach of Article 40.6 of the FIA Formula 1 Sporting Regulations. 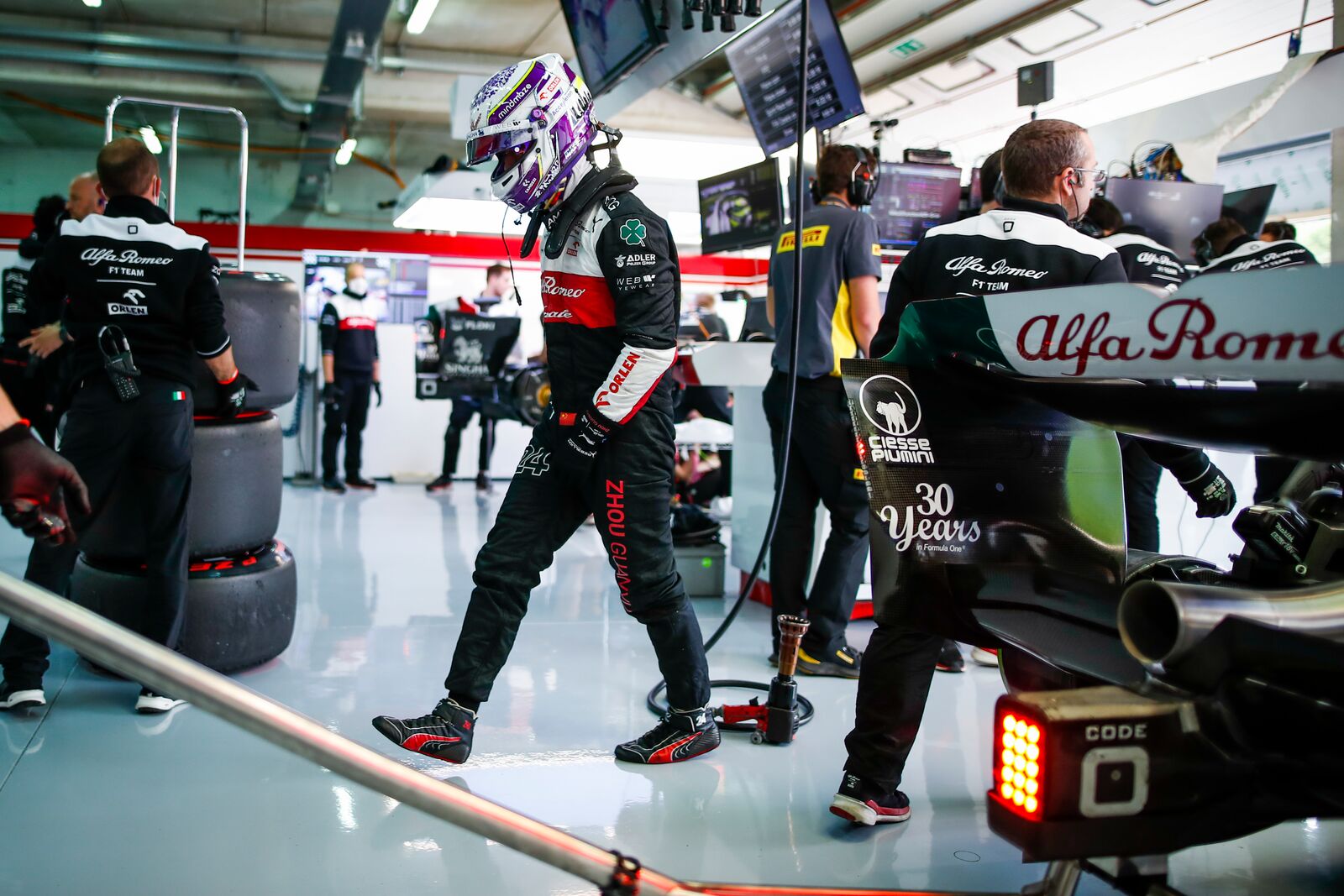 The stewards subsequently sanctioned Alfa Romeo and Zhou with a pitlane start for Sunday's race.

Commenting on his run-in with Gasly, Zhou thought that he was in the clear as he attempted to overtake the Frenchman's AlphaTauri on the outside of Turn 9.

"It’s obviously disappointing to end a race like this, especially because we have a good car that allows us to be competitive," said Zhou.

"I was in a hard but fair fight with Pierre and Lewis [Hamilton] throughout the whole of sector one and the beginning of sector two.

"I made a move on Pierre in Turn 9 and I was ahead going into the braking zone. I got a big hit on the exit, and that spun me into the wall: it was a big surprise but that was the end of it.

"It’s a shame as we had a good opportunity to gain some places.

"Now we need to focus on making a comeback tomorrow: we still have a good car and you never know what can happen."