F1 boss Ross Brawn was pleased with Saturday's sprint race at Imola and says the entertainment value of the format justifies increasing the number of sprint events to six in 2023.

After trialing the sprint concept last season and deeming the idea a success, F1 was hoping to include six sprint events on this year's calendar.

However, teams frowned upon the financial allowance offered by F1 to compensate for the extra running costs, which led to a gridlock in the discussions between the parties.

F1 subsequently offered a three-race compromise that the teams accepted with the Emilia Romagna, Austrian and Brazilian Grand Prix earmarked as the hosting venues for the 30-minute Saturday afternoon events in 2022.

But Brawn says a six-race schedule proposition for 2023 will be tabled once again at an upcoming meeting of the F1 Commission. 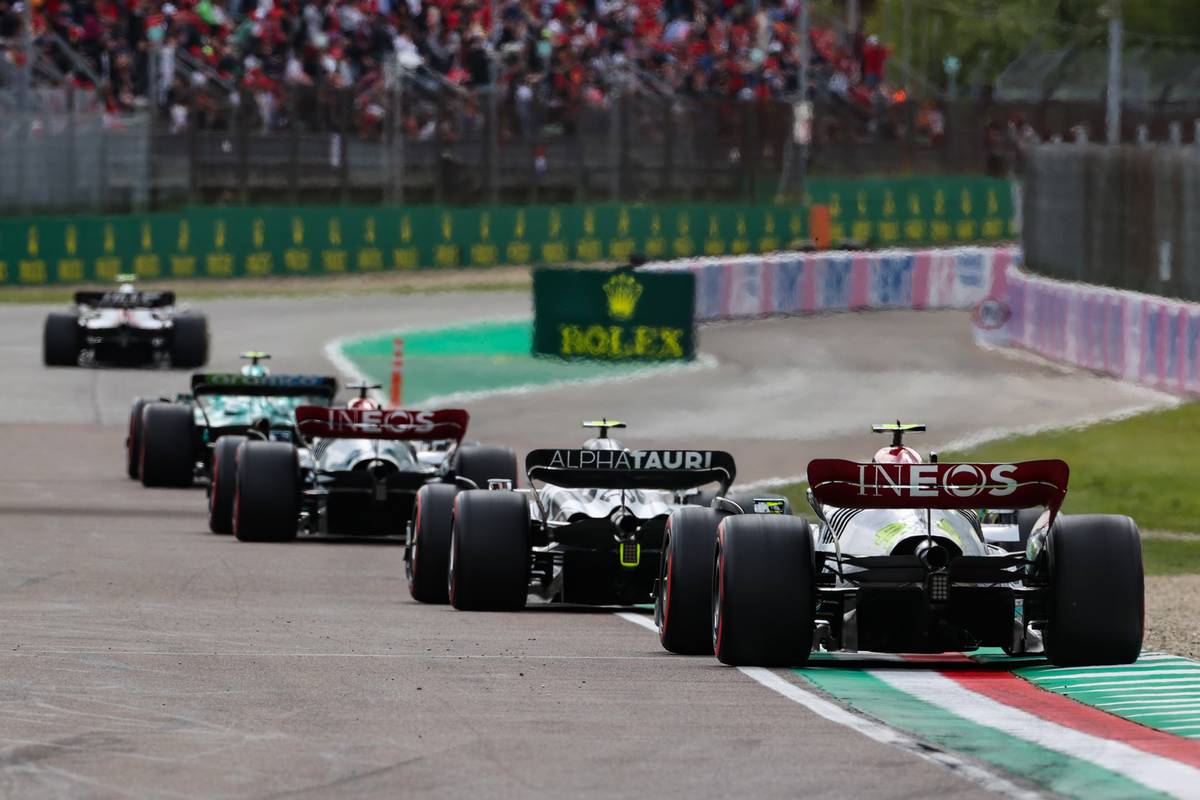 "Great entertainment, lots of racing going on, plenty of overtaking, we demonstrated the cars could follows.

"I know you may say ‘well it was DRS’ but you can’t use DRS unless you can get on the back of the car, so I think overall it was very successful.

"On Tuesday we want to discuss increasing it to six," Brawn added. "We’d like to have six next year. I think they [the teams] can see the success.

"We didn’t quite know where we were last year with the old cars but I think they can see the way this is feeding into the new cars. I’m optimistic they’ll all see the value in it. Even the fans.

"What you should always remember about the sprint is it gives you a great Friday as well. We’ve had three days of action for the fans and we can’t ignore that."

Brawn said his priority is to get the six-race sprint plan accepted by the F1 Commission through a simple majority vote and then consider format changes in the future.

"What I’d like to do is at least get six races settled and then after these three races we can see if there’s some format developments we want to do," he explained.

"But I’d like to just move on to six races, get that bedded in and settled, and then if there’s any format changes that we feel are worthwhile then we can consider those."