The team saw Lewis Hamilton take fourth place on the grid with George Russell set to start right behind him in sixth, but Wolff said that they should be doing much better by this point of the season.

"We knew that once we got the new tyres on and we were driving the car in anger a little bit, that we're going to be there, third or fourth, like we've been all season," he told Sky Sports F1.

"But it's just not good enough," he added, with a huge nine tenths of a second gap to pole winner Charles Leclerc evidence of just how far behind their rivals Mercedes remain.

That's despite a large number of upgrades being introduced in Austria and more added this week in France which had appeared to have made progress in the team's ongoing struggles with porpoising that have blighted the first half of 2022.

But this week Mercedes had seemed uncharacteristically unsure of their optimal set-up even as late as final practice. In the first found of qualifying they failed to get under the 1:33s mark, and at one point both drivers looked at risk of missing the cut in Q2.

They did finally get through and secured decent grid positions, with Wolff particularly pleased by Hamilton getting onto the second row of the grid for tomorrow's race.

"Lewis has done an immense job so far. He's probably extracted more than the car has at the moment," he said. But even this outcome did little to cheer the team boss up. 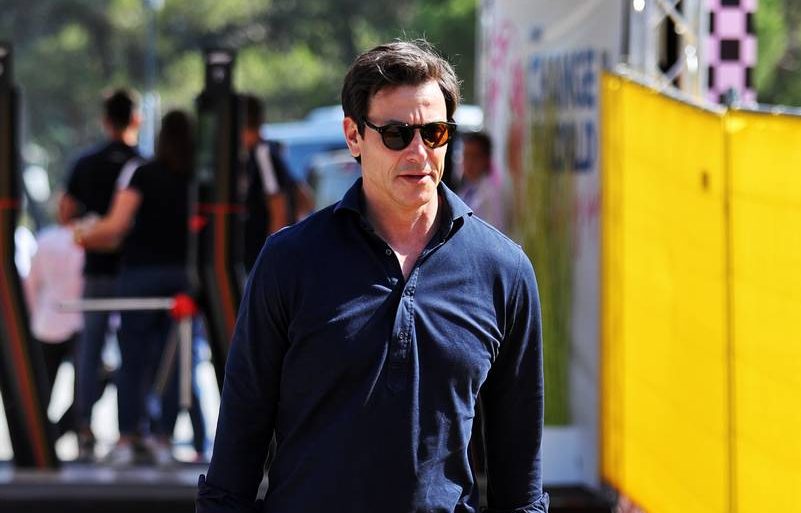 "When you're a little bit on the back foot, your expectations are on a certain level for the race weekend," he explained. "And if it doesn't come together, the freestyling starts.

"With us it was mainly experimenting with rear wing levems and also tyre temperatures," he added. "But at the end the overall package is just not quick enough."

Mercedes had been hoping that by this point of the season they would be able to challenge for their first win of the year, but that seems as far off now as it did in Bahrain.

"We were slowly but surely working our way back to the front-runners," Wolff commented. "There were good signs at Silverstone.

"It's a one-minute circuit and we were three tenths off, which was acceptable," he continued. "Then we brought quite a nice update package to Paul Ricard. The track is smooth. Off we go, let's hunt them down! 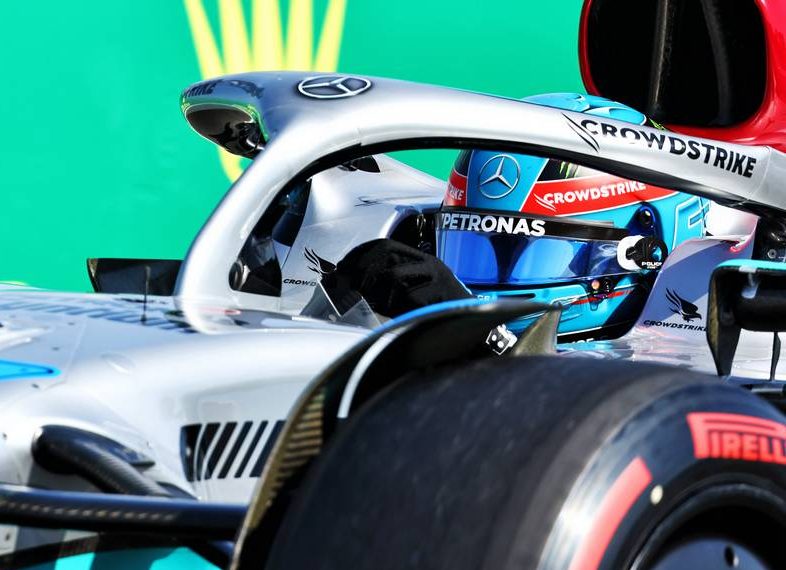 "We experimented with rear wings, from almost the biggest we have which Lewis described as dragging a parachute behind him this morning, to a smaller version, which makes us lose too much speed in the corners.

"Then we're experimenting with tyre temperatures, and you can see the gap to Verstappen. If you told me we would end up between seventh tenths and 1.1s off, that's a bit of a slap in the face.

"What we're seeing is that within one session we go from totally uncompetitive in the first sector, to the second run in Q3 where we're the best in sector one.

"I wouldn't know whether it's the aero map per se," he added. "Clearly there's something happening, whether it's wind-affected or tyre-dependent, that is just not working on our car. The car is on the edge.

"Between hero and zero, there's just a super fine margin that we don't seem to understand," he said. "Nevertheless, we'll work hard overnight and try to be in a better position tomorrow in the race."