Williams Academy member Logan Sargeant will make his official F1 debut next October on home turf in Austin where the young American will take part in Friday's first practice.

Sargeant will take over Nicholas Latifi's FW44 in the FP1 session to contribute to Williams' preparations for its race at The Circuit of the Americas.

"I’m super excited to be given this opportunity to drive my first Free Practice in Austin," said Sargeant, who tested with Williams last December in Abu Dhabi.

"To be given the chance at the US Grand Prix is something extremely special to me.

"A massive thank you to Williams for putting the trust and belief in me to do a good job.

"The goal for me will be to learn as much as possible in the new generation of cars. I’m looking forward to making the most of this experience and really enjoying it." 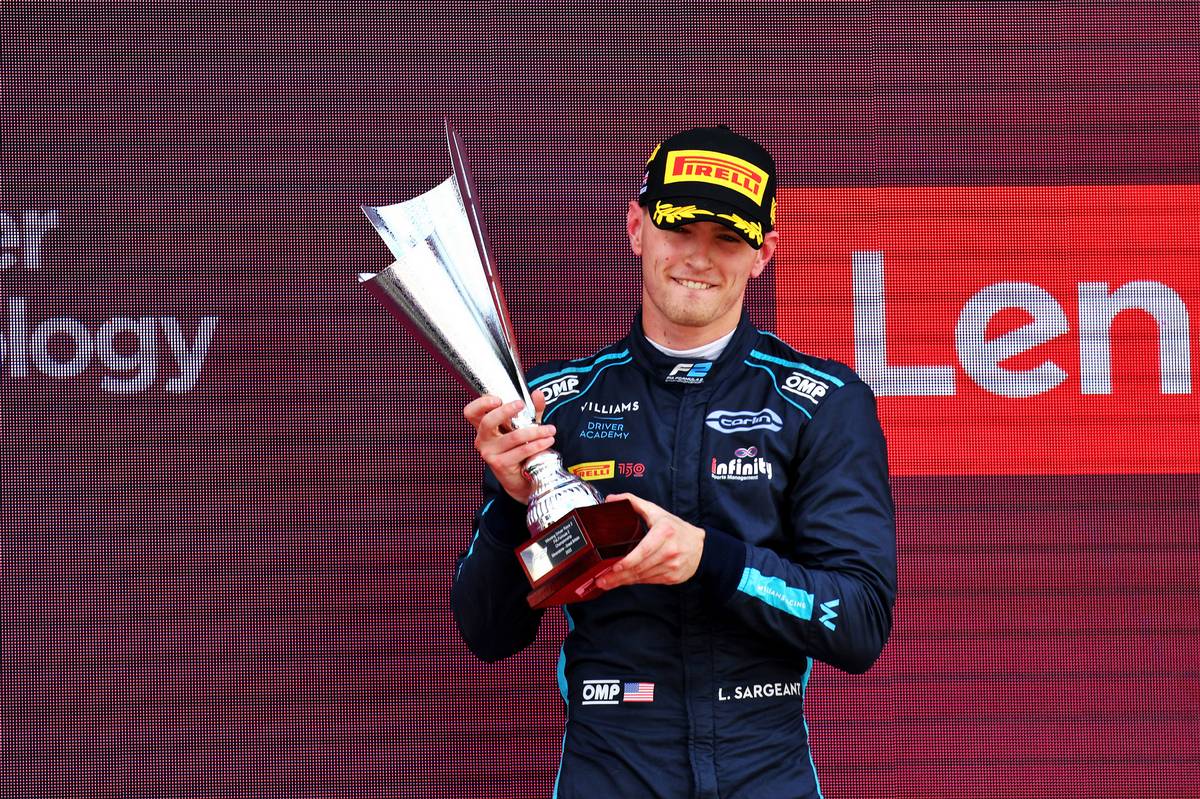 Sven Smeets, Williams Sporting Director added: "Logan has demonstrated a great level of ability and maturity so far this season through his accomplishments both on and off the track.

"It felt only right to reward these achievements with the opportunity for him to take part in a Free Practice session at Austin.

"We’re looking forward to seeing him get behind the wheel of the FW44 and seeing how his performance and feedback help the team’s preparations for the race in Austin."

It has been speculated that Sargeant could be in line for a promotion to Formula 1 in 2023 if the young gun continues his current run of form with Carlin in F2.

But last weekend, Williams boss Jost Capito, while admitting that having Sargeant on his short list of drivers for 2023 would be "a great headache" to have, he also cautioned that it was early days still for the 21-year-old regarding a possible step up to F1.

"For example, he needs the superlicence points," noted Capito. "And for that he has to finish in the top five in the championship. In the moment, it looks good.

"But you know, you can always get the other way pretty quickly. So it's quite tricky to take early decisions on something on a F2 driver as long as the season is not over.

"So that's part of the decision making, of course."