It might have looked like just another routine victory for Max Verstappen, his tenth of the season, but winning his home Grand Prix was far from easy, and coming out on top clearly meant something special to the 24-year-old.

“It’s incredible to win again,” he said after taking back-to-back wins in the Dutch GP. “It’s always special to win your home Grand Prix, it was already last year.

"This year I had to work for it even more, so an incredible weekend and I’m really happy we’ve got the Dutch Grand Prix," he said, thanking the fans for their “unbelievable support".

"I’m really happy all of you guys came here to support me. Proud to be Dutch!” he added.

Compared with his dominant run last week in Spa-Francorchamps, today's race proved to be somewhat more of a struggle despite the Red Bull's superior pace which had given him pole position.

Although he kept the lead at the start, he was on soft tyres which forced him to make an earlier pit stop than the two Mercedes drivers, who were on the mediums and hoping to make it a one-stop race while everyone else would pit twice. 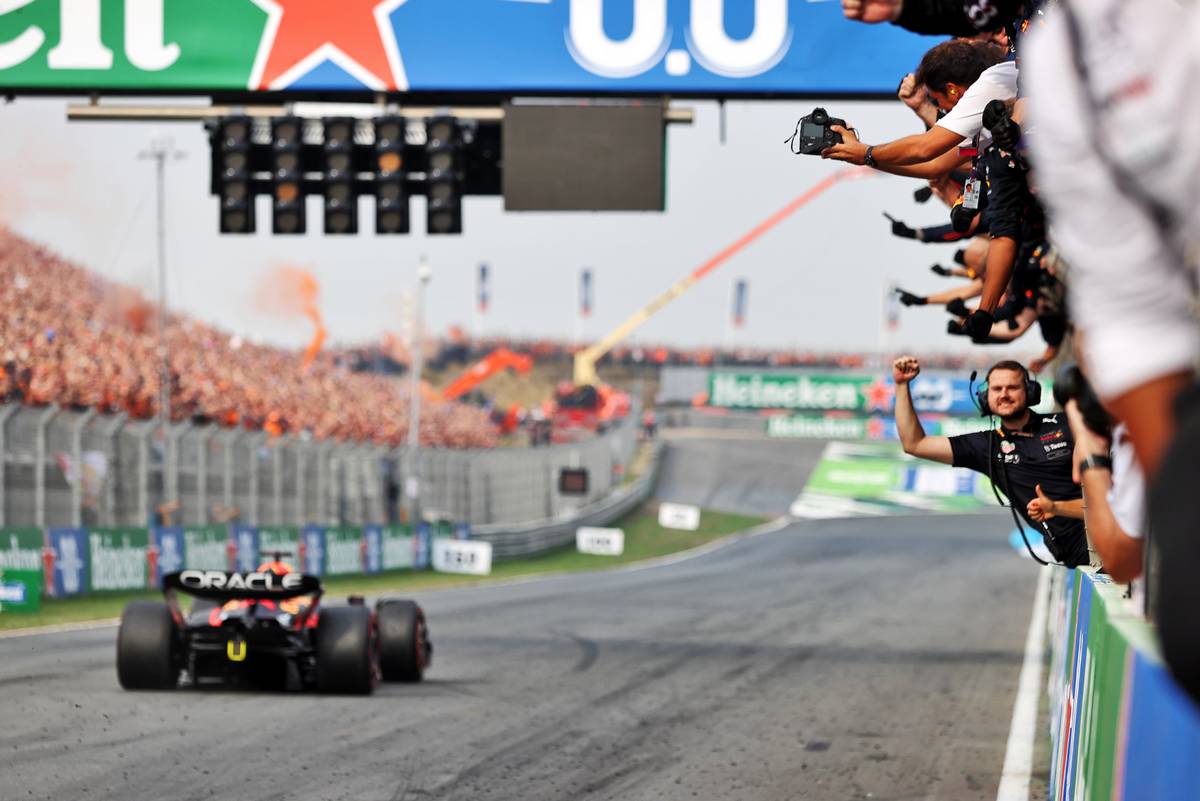 The strategies were all thrown into disarray late in the race, first for a Virtual Safety Car following Yuki Tsunoda's retirement and then for a full safety car following Valtteri Bottas's suffering engine failure on the main straight.

“It was not a straightforward race,” Verstappen admitted. “We had to push the whole race. Of course with the safety car [and] Virtual Safety Car, making the right calls was always a bit of a question mark.

“Before that safety car I thought it was okay to [go to] the end with the hard tyres, even though we were a bit slower. 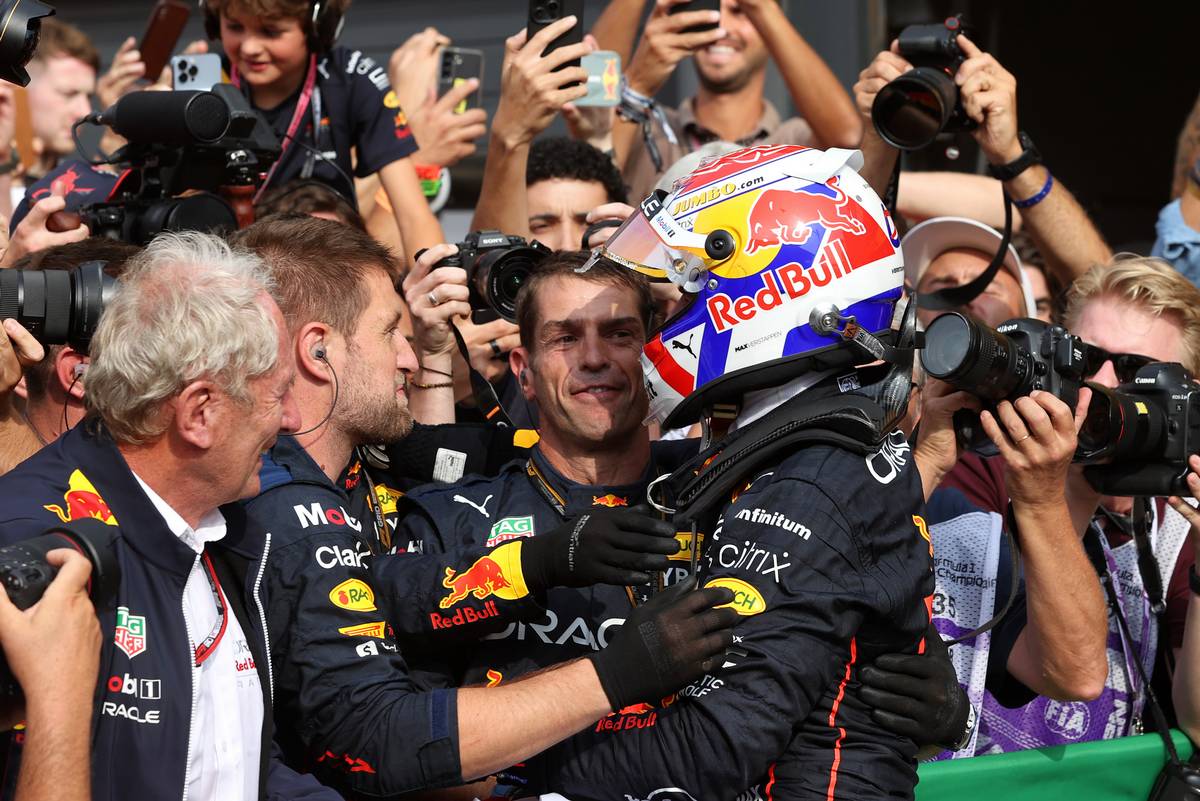 "But then of course the safety car came out and I don’t think we were going to keep it up if we don’t pit, so we went for the soft tyres.

"Then of course I dropped back to third," he continued, having fallen behind Lewis Hamilton and George Russell. "Then George pitted as well so I had a good run on the restart."

It still left him with the remaining Mercedes to take care of at the restart. “We timed that really well out of the first corner with the banking, and then you could see the draft was quite strong and we got ahead.”

After that the result wasn't in doubt, with Verstappen finishing four seconds ahead of Russell as Hamilton found himself shuffled back to fourth place behind Charles Leclerc by the chequered flag. 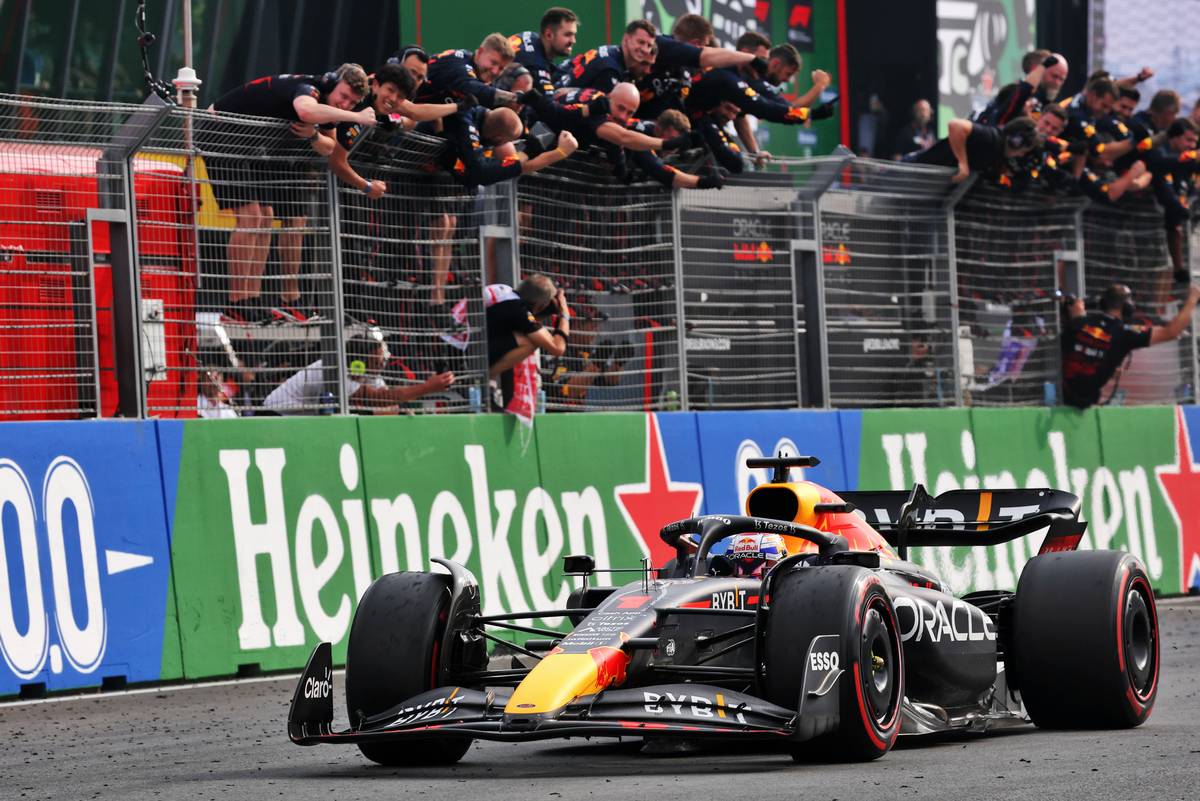 "It worked out really well and once we got back to the soft tyres we had great pace again," he said. "We have a bit more top speed, so that helps to attack into turn 1 and from there on we had a really good balance."

His latest victory together with the bonus point for fastest lap means that Verstappen now holds a thumping 109 point lead in the drivers championship over Ferrari's Charles Leclerc and his own team mate Sergio Perez.

Perez started and finished the race in fifth place, meaning that he added a further ten points to Red Bull's formidable total of 511 points in the constructors championship.

That puts them 136 points ahead of Ferrari with seven races remaining in 2022, starting with next week's Italian GP in Monza which is the last of the current 'triple-header'.

Wolff: Leaving Hamilton out during SC 'worth the risk'

Apologetic Hamilton 'on the edge of breaking point' in Dutch GP