Sergio Perez was handed a five-second penalty and a reprimand for two Safety Car infringements in Sunday's Singapore Grand Prix, but the Red Bull driver's win at Marina Bay was upheld by the stewards.

Perez was under investigation and summoned to the stewards after the race for failing to maintain 10 car lengths in two separate Safety Car periods, from lap 8 to 10 and then later in the race from lap 36 to 39.

In the first instance, it was admitted that while the lights of the safety car were on, Perez failed to keep within 10 car lengths as the leader of the race is required to do. The same infraction was established in the second instance.

But in the first case, the stewards awarded Perez "mitigatory circumstances" given the wet conditions, and handed the Mexican a reprimand.

As the second case was a repeated breach of Article 55.10 by Perez and followed an express warning from the Race Director, the stewards imposed a 5 second time penalty on the Red Bull driver. 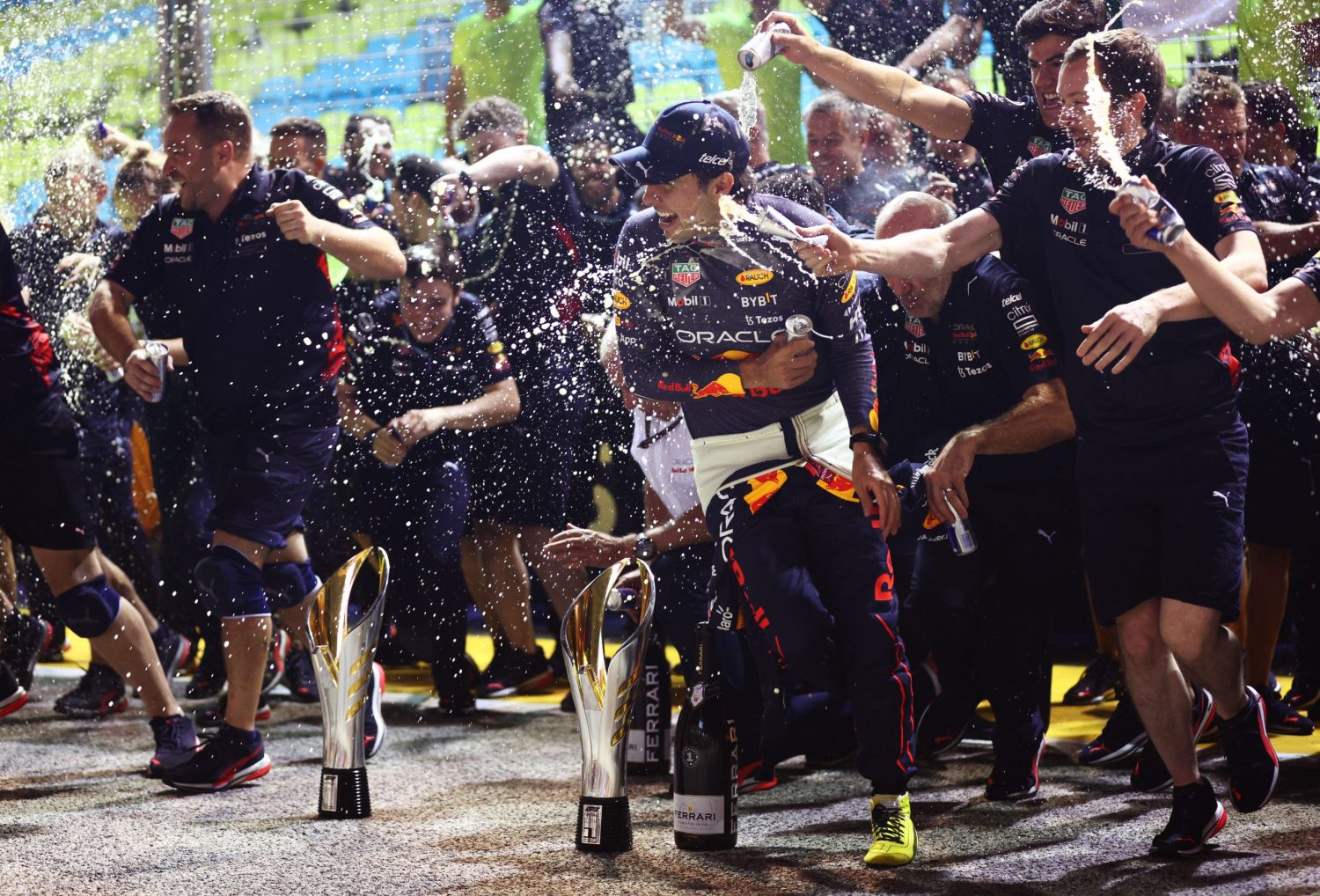 However, the time penalty proved inconsequential as Perez led Leclerc past the checkered flag by 7.595 seconds.

"There was a bit of miscommunication," said Perez after his visit to the Stewards office.

"But I think these conditions are not normal. It's fully understandable that the conditions that we were in, and we were facing, especially in the final sector, were super tricky.

"The stewards were pleased with my explanation, and they understood it."