Ferrari's Charles Leclerc has taken nine pole positions in 2022, but come away with just three victories. And it was the same again in Singapore, when the Ferrari driver wasn't able to hold on to the top spot going into turn 1.

"The start wasn’t good enough but then it was a really difficult race for us to overtake," he told the media in the paddock at Marina Bay Street Circuit after the finish.

"We will look into the start because that is where we more or less lost the race," he admitted. "But it’s part of the game."

The start took place in tricky wet conditions, and Leclerc seemed to suffer from wheelspin as he tried to get away. Sergio Perez took the opportunity to sweep round him into the first corner.

Telemetry showed that the reaction times of the two drivers were identical but that Perez had better traction off the line. Ferrari boss Mattia Binotto agreed that if he'd held onto the lead into turn 1, Leclerc could have won the race.

“I think the start was not great,” he told Sky Sports F1. “We lost position at the start and that has affected the rest of the race. So had we had a better start, I think we would get a better result.

"Charles had a good reaction time," he insisted. “He went well in terms of procedures but later on, he had too much wheelspin because there was too little grip. But we’ll review it as that affected the rest of the race."

Leclerc was able to stay in touch with the Red Bull over the opening stint. Later when the circuit had dried enough to allow for slick tyres and the activation of DRS, he threw everything he had into attack. 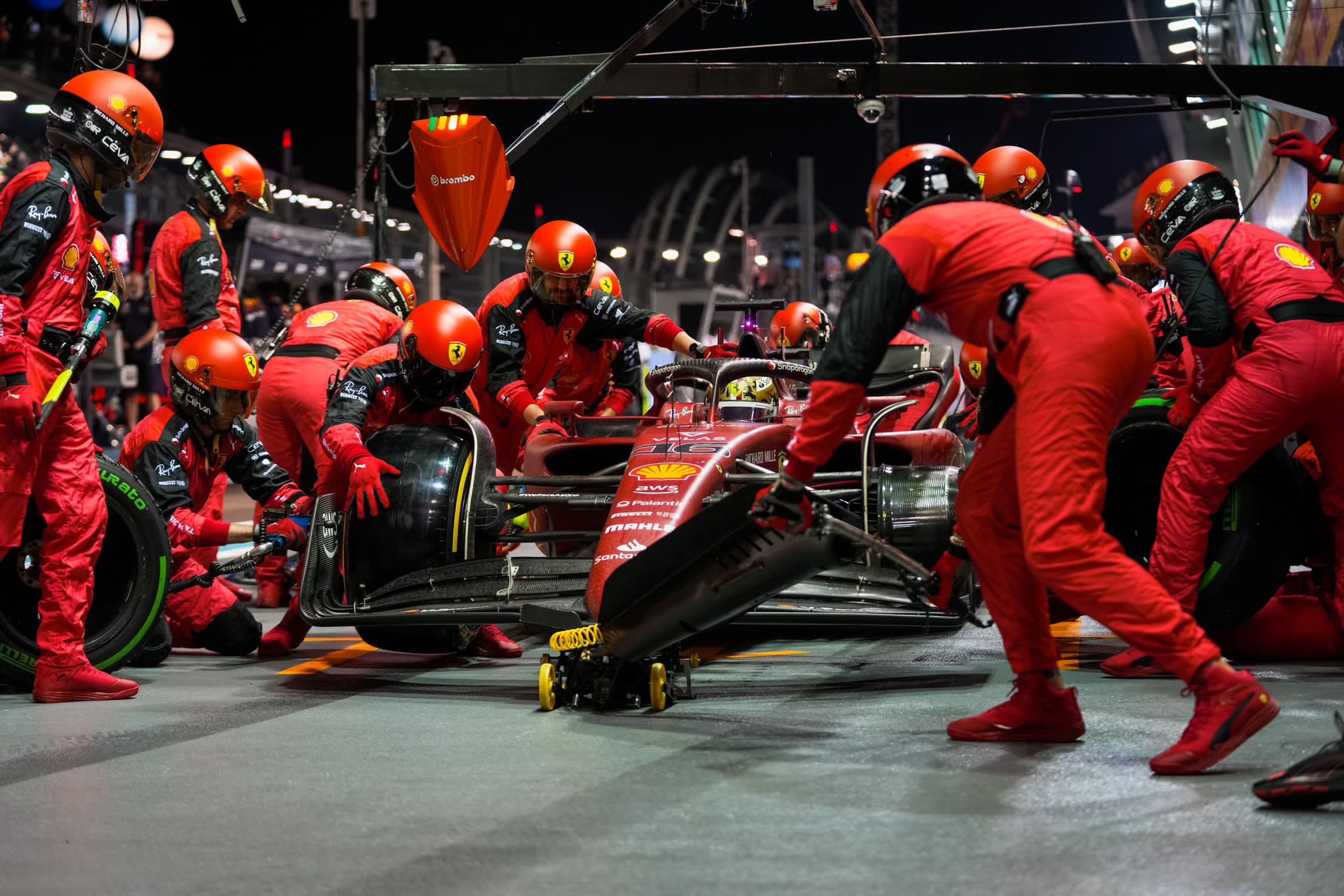 But after running wide on one attempt, Leclerc appeared to back off and settle for second even though Ferrari told him to keep close to Perez in case the Mexican was handed a penalty for a safety car procedure infraction.

"I think with Red Bull it seems like we have the upper hand in the first few laps," he explained. "They struggle a little bit with warm-up but once they put their tyres in a window, they are very strong.

"I was pushing until the gap was like 1.5s, but then when I knew it was 5.1s I just kind of brought the car home, so the pace wasn’t that representative at the end.

Having said that, I pushed quite a bit at the beginning of the stint and probably my tyres were also a little overheated at the end.” 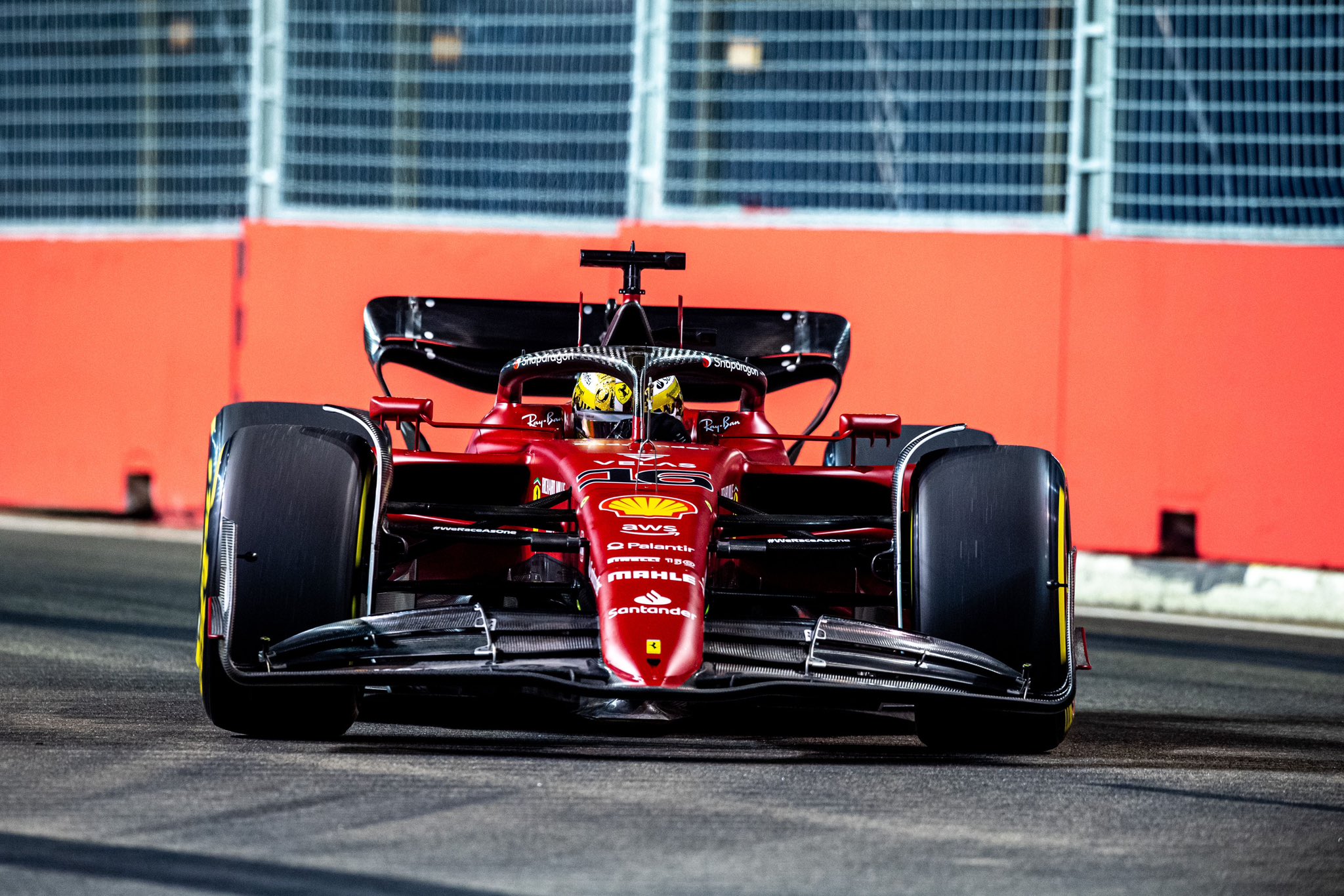 Leclerc was pleased to see a double podium for Ferrari with team mate Carlos Sainz holding on to third place, and the team not putting a foot wrong in the race after a strong of races spoiled by strategy miscues and poor execution on pit lane.

“That’s good,” he acknowledged. “We're trying to take those last races to improve our execution on Sunday - communication and strategy. We’ve already done a few changes; it’s not been an easy race today, but I think we made the right choices, and for that I am happy."

Binotto also felt that Ferrari has addressed some of the issues that had been troubling them in recent outings.

“I think overall the car was working well on the wet, on the dry, yesterday in qualy and today in the race," he said. "We had been fast on dry when we switched to slicks. We had been brave to be the first switching to slicks. 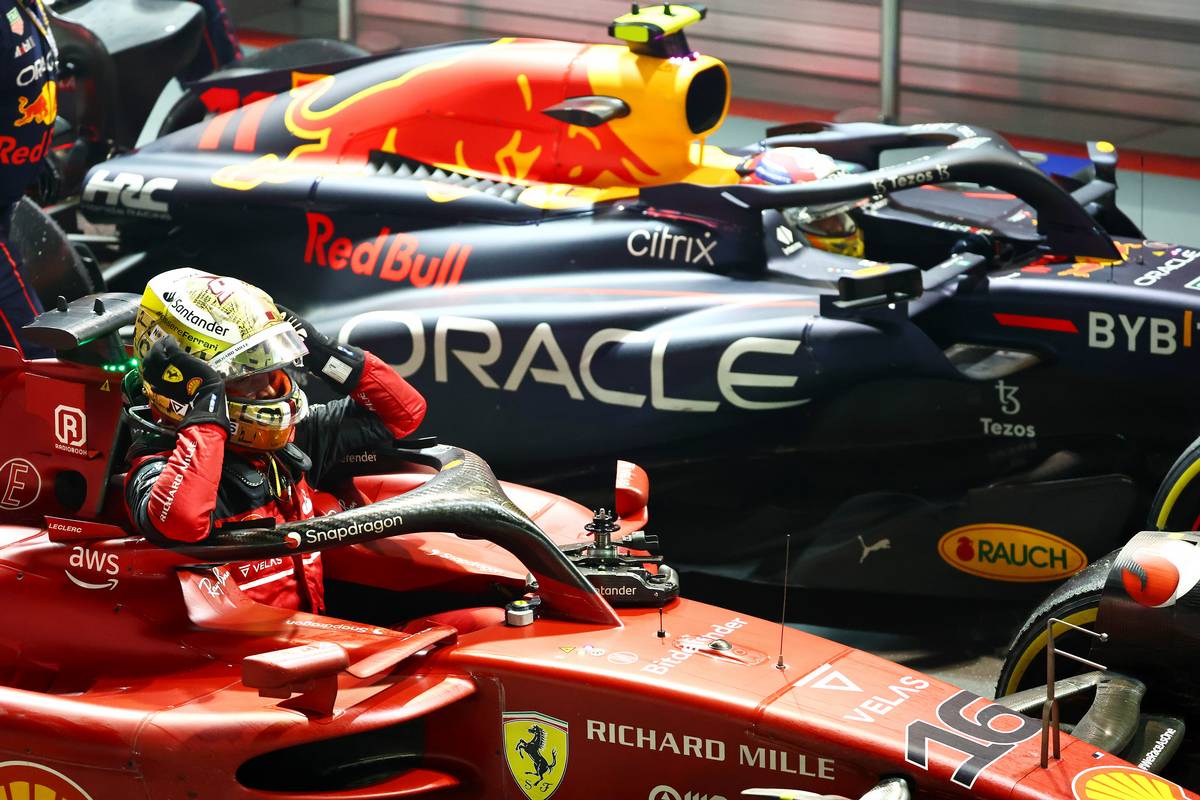 "We went well on the wets and on the dries, and I think that’s the most positive of the weekend," he added.

Today's result means that Leclerc is still mathematically able to catch Max Verstappen in the drivers championship in the remaining races.

But with a 104 point deficit to the Red Bull driver, it's going to take a miracle to change the outcome, or for Ferrari to eat into Red Bull's 137 point advantage in the constructors standings.