Production for the documentary that will tell the story of Ecclestone's success at the helm of the sport got under underway during the Covid lockdown in 2020 and was wrapped up earlier this year.

In recent months, Pandey's company Jiva Maya has successfully shopped the series to broadcasters, billing 'Lucky' as the "intensely personal story of Bernie Ecclestone as he realizes his vision to create and develop a sport to rival the Soccer World Cup and the Olympics."

According to industry website Deadline, Global sports streamer DAZN has acquired rights in Japan, Germany, Austria, Switzerland, Spain and Italy, while Discovery+ secured rights in the UK and Ireland.

Disney-owned ESPN LatAm acquired rights for its Star+ streaming service and ESPN channels in the region, while other deals are known to be close to completion. 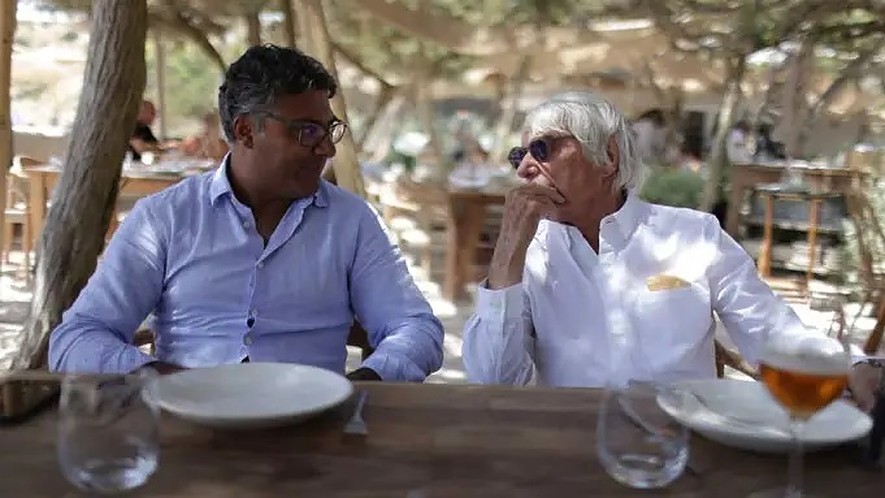 Speaking to Deadline, Ecclestone said that contrary to "an American documentary on Netflix" (i.e. Drive to Survive), Mandey's 'Lucky' docu-series was based on "reality – and in most cases people prefer reality", said the nonagenarian.

Asked if he had watched F1's 'Drive to Survive' series on Netflix, a derisive Ecclestone said: "I do not need to see it because it is not true."

Ecclestone added that he would not have gotten involved in the series had the project not been helmed by Mandey with whom the former F1 boss has enjoyed a 15-year friendship.

"I would not have made this documentary — and I hate that word — with anyone else," he said, with Pandey adding, "This is not a love letter to Bernie."

Ecclestone's name was in the media for the wrong reason recently, as the 91-year-old has been accused of failing to declare more than £400 million ($451M) in a trust in Singapore to the U.K. tax authorities.

Ecclestone will stand trial in October 2023.