Renault tech boss just labeled the future of F1 this year as "a hell of a lot more exciting", while Renault Sport boss Jerome Stoll is targeting a substantial move up the field, with an eye on podiums and a fifth place finish in the constructors' standings.

To achieve those targets, Renault is counting on its new RS17. As expected, the French manufacturer has renewed its allegiance to its historical yellow livery, with black dominating the rear half, while the general outline of the car is naturally in phase with F1's new aerodynamics and wider bodywork and track dimensions.

One will notice on the car destined to be raced by Nico Hulkenberg and Jolyon Palmer the prominent vertical bargeboard design, a shark fin behind the airbox while Renault's front end design has incorporated the 'thumbed' nose that several cars are expected to use this year, while a shark fin is also present behind the airbox.

All in all, an impressive design, and one which looks fast out of the box! 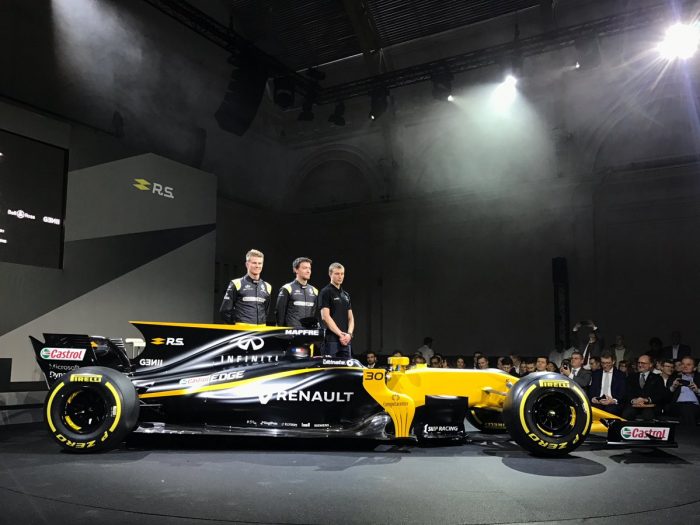