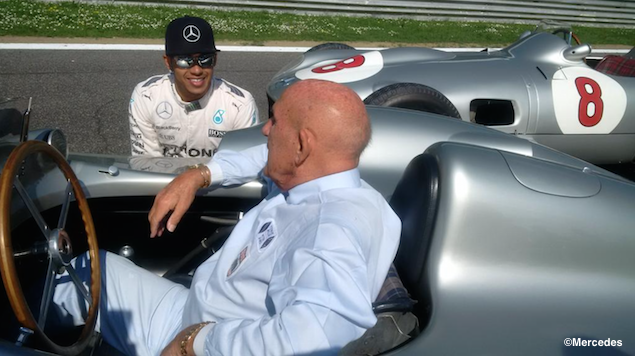 Mercedes has been carrying out a filming day at the Autodomo Nazionale di Monza in Italy on Friday, which has included some classic F1 cars and a legendary ex-driver. Sir Stirling Moss has been behind the wheel alongside Lewis Hamilton, with Mercedes rolling out the W196 which won championships in 1954 and 1955.