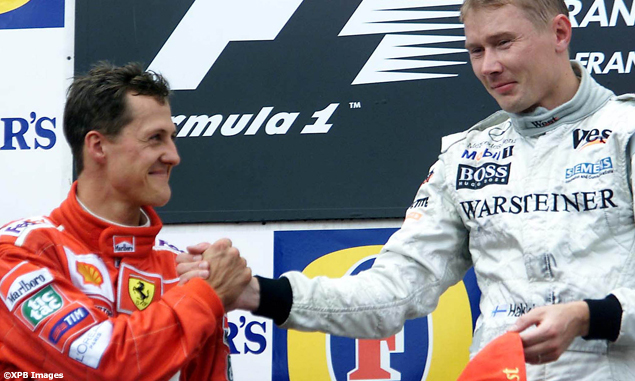 On top of recalling his homeric duel with Ferrari’s Michael Schumacher at Spa-Francorchamps in 2000, two-time F1 world champion Mika Hakkinen used his latest McLaren-Honda blog entry to send a touching message to his former rival.

“We all know that he had a bad skiing accident on December 29th 2013, involving head injuries, and that ever since then he has been under medical care. I do not profess to know the details of his condition, but I was pleased to see that in a video interview released a couple of months ago his manager Sabine Kehm said that his condition was slowly improving.

“I hope and pray that those encouraging signs are continuing still. No, he will never race again; no, he may never walk again; he may never talk again, for all I know. But, on the other hand, he may. Miracles sometimes occur, and I for one dearly hope that a miracle occurs for Michael some time soon.