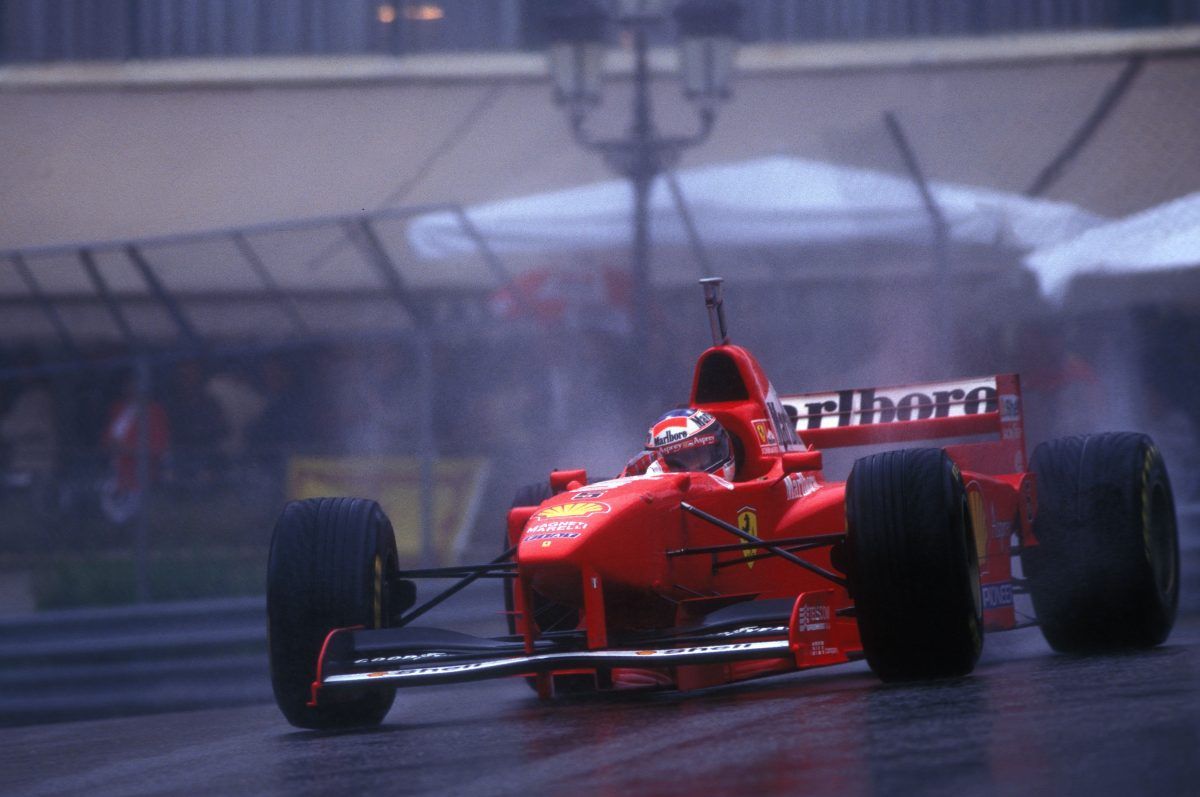 On this day in 1997, a wise tyre choice and outstanding skills enabled Ferrari's Michael Schumacher to drive circles around his rivals in Monaco.

The F1 legend was well-inspired to start his day of racing on full wets while rivals Mika Hakkinen and Damon Hill opted for the dry compound.

Schumacher predictably stormed off at the start, never to be seen again by his pursuers as he sidestepped the treacherous and wet conditions imposed on the field.

It was the German's first win of 1997, a season that would ultimately see him defeated by Williams' Jacques Villeneuve.

But that's a story and a picture for another day...

Still a Ferrari man after all these years

Peachy Bottas lets it all hang out in Aspen!