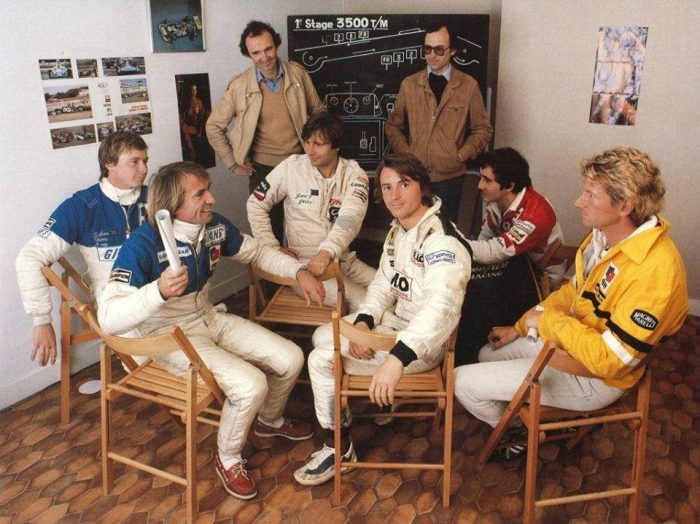 In 1980, France enjoyed a huge representation in Formula 1 and one which boasted massive talent. Seven French drivers lined up on the grid at the season opener in Argentina that year.

Unfortunately, 'les bleus' would tragically lose one of their own when Patrick Depailler was killed at Hockenheim over the summer, testing for Alfa Romeo. We'll let you identify the six distinguished members seen here in a class room of the Winfield Racing School at the Paul Ricard circuit..

Hakkinen gets a new company car!