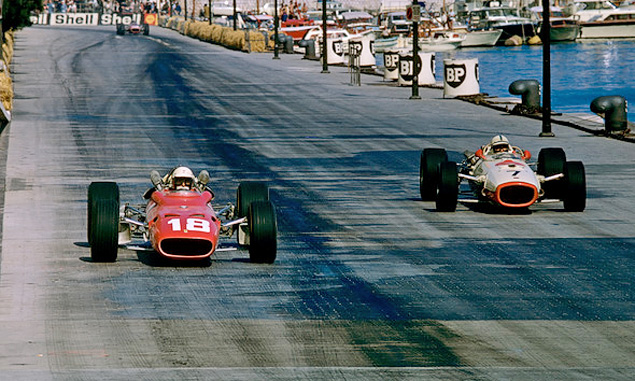 The 1967 Monaco Grand Prix was not a happy event. The race saw Ferrari's Lorenzo Bandini crash while running in second place behind Brabham's Denny Hulme. Bandini (pictured above, racing against Honda's John Surtees earlier in the race) raced in 42 Grand Prix events between 1962 and 1967.

The Italian driver lost control of his car at the harbour chicane on lap 82 of the 100-lap race. The Ferrari's left rear wheel hit the guard rail and then a pole which turned the car over, trapping Bandini. The car then hit straw bails which ruptured the fuel tank and started a blaze. Bandini suffered third degree burns and sadly died from his injuries three days later. The funeral was held in Reggiolo on May 13.

As a result of the accident, straw bales were banned from future Formula 1 races. In Monaco, an extended guard-rail was put in place at the scene of the accident for 1968. 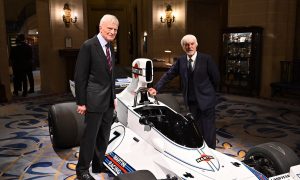