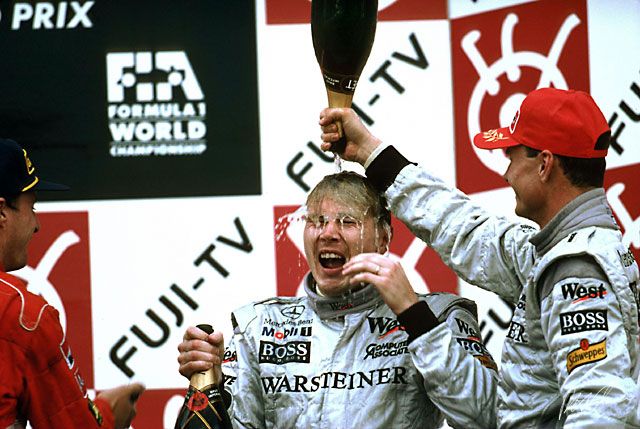 On this day in 1998, Mika Hakkinen conquered his first world title by winning the Japanese Grand Prix at Suzuka.

The Finn had but a four-point lead in the championship over arch rival Michael Schumacher before F1's ultimate round and shootout.

Unfortunately for the German, it all went wrong at the outset when his Ferrari stalled on the grid, forcing him to the back of the field on the restart.

Schumacher's misfortune was Hakkinen's gain. Relieved of any pressure, Mika coasted to the checkered flag to collect the title and his eight win of the season, while his rival's charge through the field ended with a rear tyre failure caused by debris on the track.

A clenched fist of solidarity