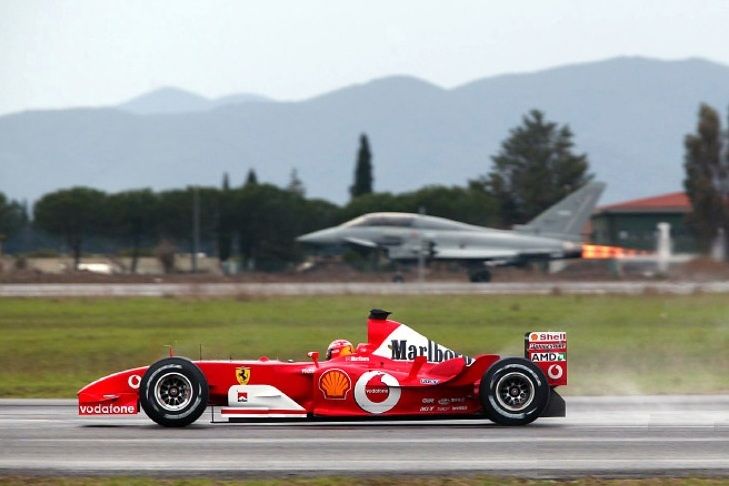 On this day in 2003, to mark 100 years of manned flight, Michael Schumacher was pitted against an Eurofighter Typhoon at the Baccarini military airport in Italy.

The man who blazed the trail for Brazil