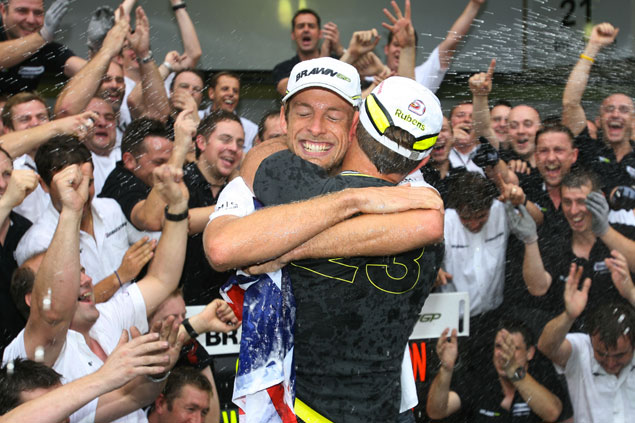 On this day, October 18, 2009 at the Brazilian Grand Prix, Jenson Button won the Driver's Championship and Brawn GP won the Constructor's title. With five wins for Jenson, and team mate Rubens Barrichello securing two victories, it had been a remarkable campaign for the British outfit, and a totally unexpected triumph. And one which laid the foundations for Mercedes buyout of the team and its future overwhelming success in F1.