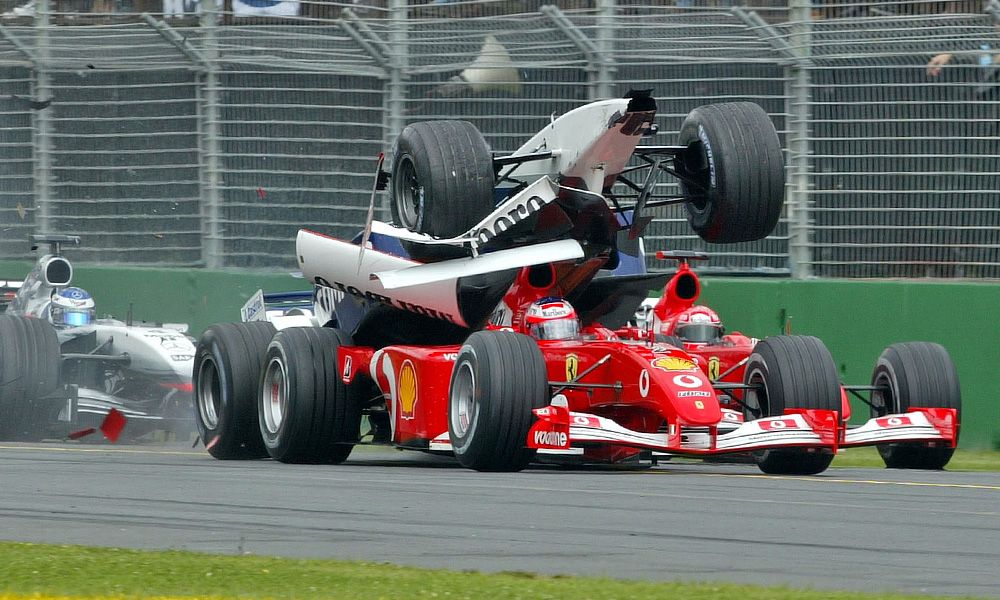 It was "lights out and away they go" on this day in 2002 when the F1 season kicked into gear in dramatic fashion at Albert Park in Melbourne.

For Ralf Schumacher, it was quite literally a flying start when the German rocketed off the grid from third and attempted to outrun the Ferrari pair of Michael Schumacher and poleman Rubens Barrichello.

The Williams driver got an edge over his brother but his excess speed led him straight into the back of the Brazilian. Ralf flew over the Ferrari but landed safely in the kitty litter.

However, the incident created chaos in the field and a pile-up at Turn 1. Overall, a total of eight cars were eliminated at the outset.

At the end of the day, Michael Schumacher was joined on the podium by Williams' Juan Pablo Montoya and McLaren's Kimi Raikkonen.