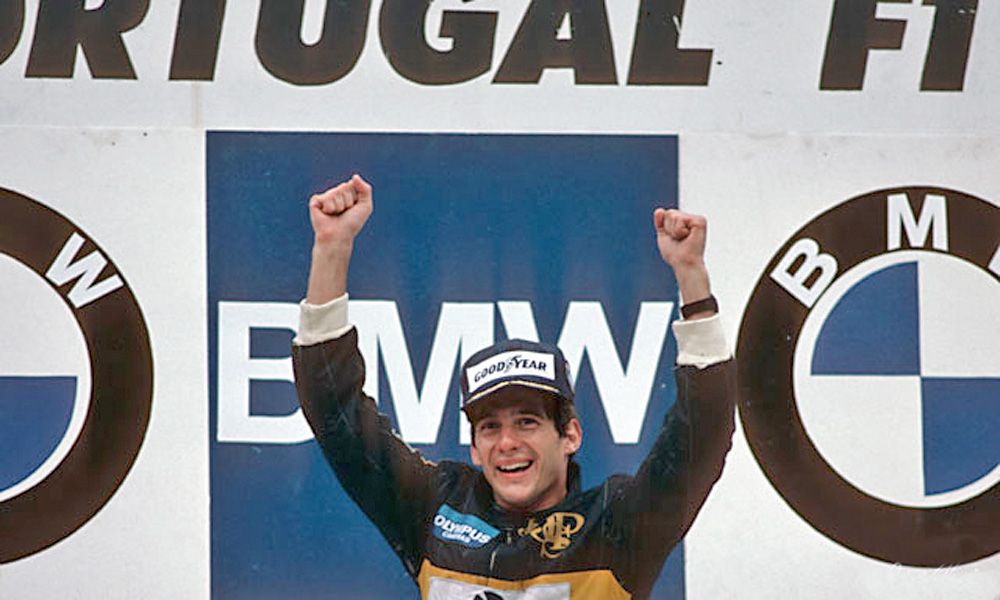 It was on April 21, 1985 that Ayrton Senna claimed his first Formula 1 career win, after emerging victorious in the Portuguese Grand Prix at Estoril.

Senna had already been in the sport for a full season, racing with Toleman and claiming three podium appearances in 1984 - including second place at Monaco. But it was in his 18th Grand Prix that Senna finally clinched the first of what would be 41 victories.

Now racing for Lotus, Senna had already beaten McLaren's Alain Prost in qualifying to take his first-ever pole position. Everyone started on wet tyres after showers has swept over the circuit. The conditions were so treacherous that Nigel Mansell and Eddie Cheever both spun on the warm-up lap.

But such things didn't trouble Senna, who leapt off the starting grid to stake his claim on the lead. It never wavered and he led all 67 laps. No one else came close to matching him - Prost himself spun off mid-way through.

By the end of the two-hour race he was over a minute clear of Michele Alboreto in the Ferrari. The pair were joined on the podium by Renault's Patrick Tambay after Senna's team mate Elio de Angelis waned in the final moments. Mansell was fifth after starting from the pit lane, albeit two laps behind Senna.

Senna would win again later in the season at Spa, and was second at Österreichring and Brands Hatch. He was also on the podium at Zandvoort and Monza. he would show similar form in 1986.

The Brazilian had to wait until 1988 before he finally claimed his first world title with McLaren. After finishing as runner-up the following year, he was champion for two years running in 1990 and 1991. He was runner-up again in 1993 before deciding to leave McLaren in favour of a seat at Williams.

Head in the clouds at COTA