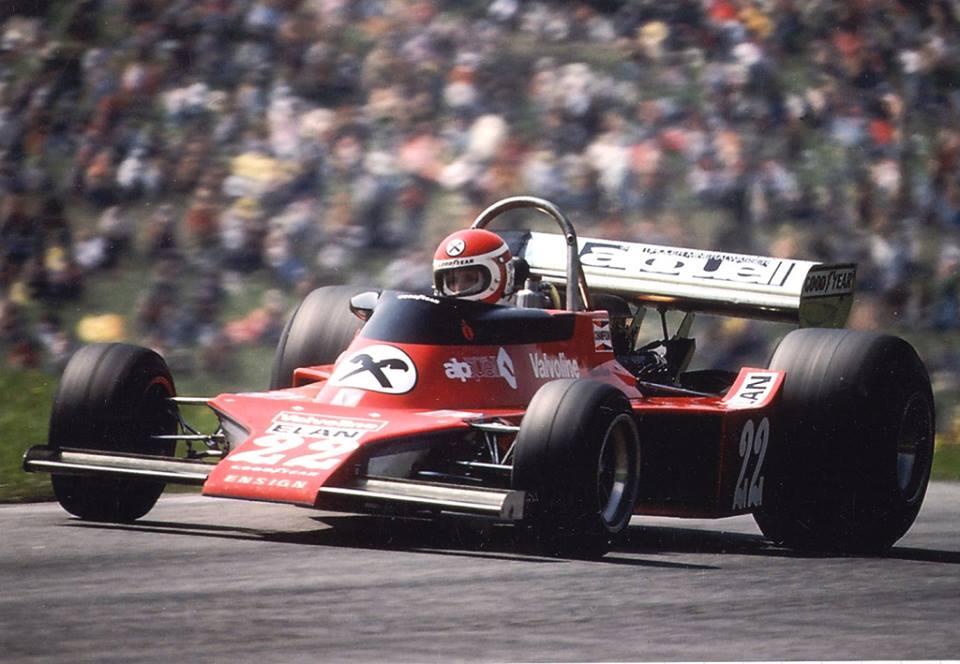 The great Niki Lauda was conspicuously absent from the starting grid of the Austrian Grand Prix held on this day in 1976, and for a good reason as the Ferrari driver was recovering from his horrendous Nürburgring crash that occured just two weeks earlier.

So local fans took a keen interest in another Austrian driver, Hans Binder, who was making his F1 debut with Ensign at Zeltweg.

The 28-year-old rookie qualified 19th and ran as high as 9th in the race before retiring seven laps from the checkered flag.

Binder would enjoy eleven more Grands Prix outings the following year, all with Surtees, but without ever scoring a point.