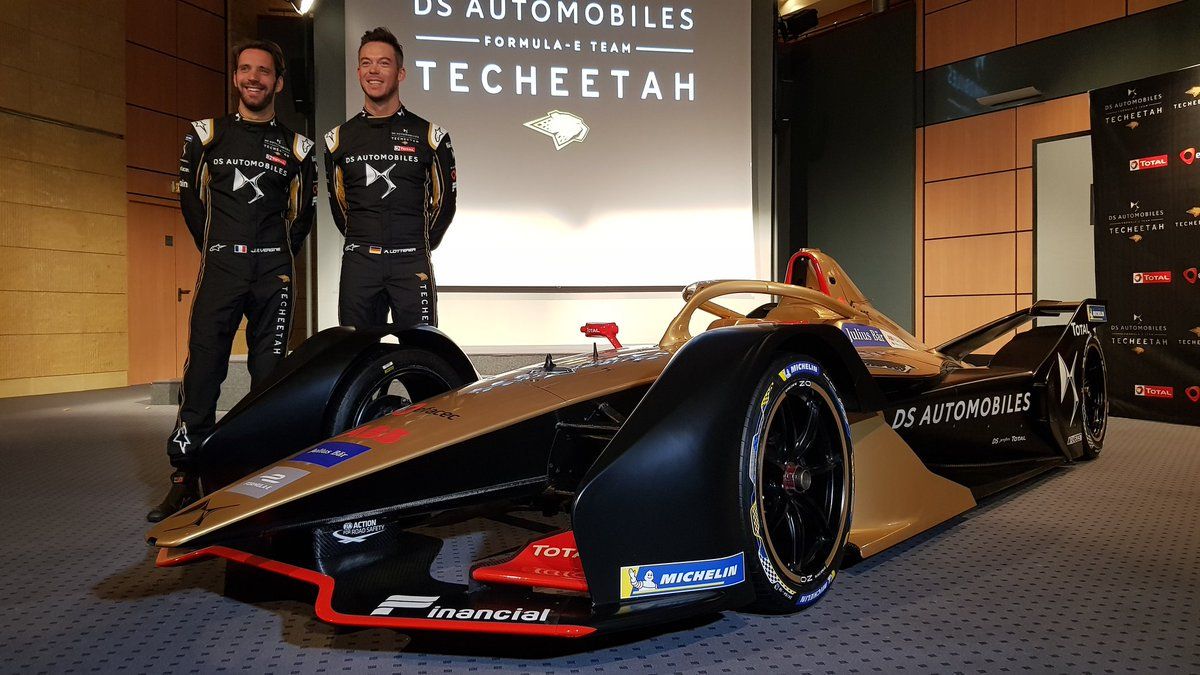 Formula E champion Jean-Eric Vergne has been showing off Techeetah's new Gen2 challenger for the fifth season of the FIA's all-electric series.

Looking really rather luscious in a gold and black livery, the DS E-TENSE FE19 will make its race début at Ad Diriyah in the Kingdom of Saudi Arabia, the venue for the first event of the 2018/9 season on December 9.

It marks Techeetah's official promotion to works team status. Having come second in the team championship last year as a Renault customer squad, the coming season will see them powered instead by DS Automobiles.

That means the team has already benefitted from the 15 days of private testing available to them a manufacturer. Techeetah will also be working out of a brand new facility at Versailles, a sign of success for both the team itself and for the rising status of Formula E as a whole.

Vergne will once again be spearheading the team's campaign, pictured here with team mate Andre Lotterer who is rejoining him for a second season. James Rossiter and Zhou Guanyu have signed on as development drivers.

"We believe that we have an incredibly strong driver line-up and we are incredibly excited to go racing," said team principal Mark Preston.

"I'm incredibly happy to continue another year with the team," said Vergne. "With the addition of DS this season, we are even stronger.

"It should be a great year," he added. "It is a very exciting time for the championship with the Gen2 car entering the all-electric street racing championship and we can expect is a new level of competition and excitement."

No real comfort for 'gentleman' Val