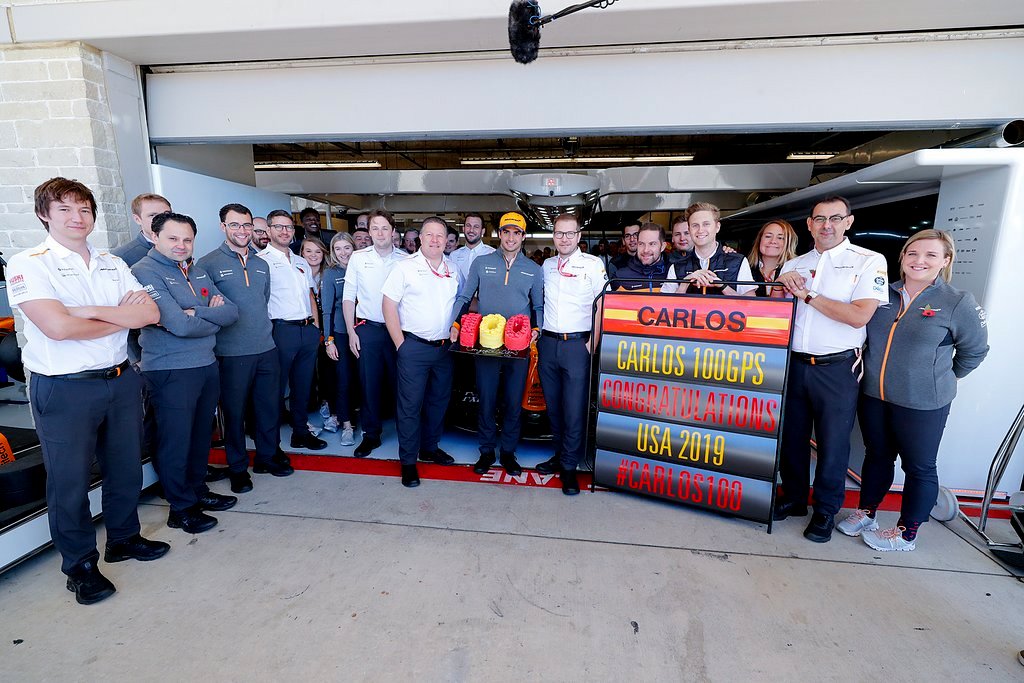 McLaren's Carlos Sainz will celebrate a significant milestone when the lights go off at the US Grand Prix later today.

The 25-year-old started his career in Formula 1 with Toro Rosso on March 15, 2015 in Melbourne, scoring two championship points on his auspicious debut.

Since then, Sainz has contested 99 GP, with a fourth-place finish in Singapore as his best result.

The son of rally legend Carlos Sainz Sr., Carlito left Toro Rosso before the end of 2017 and spent a year at Renault before moving to Woking at the start of this year and spearheading McLaren's resurgence.

The papaya squad came together on the COTA pitlane to distill a bit of festive fanfare in celebration of their driver's achievement.

Rosberg signs off with win in inaugural Australian GP