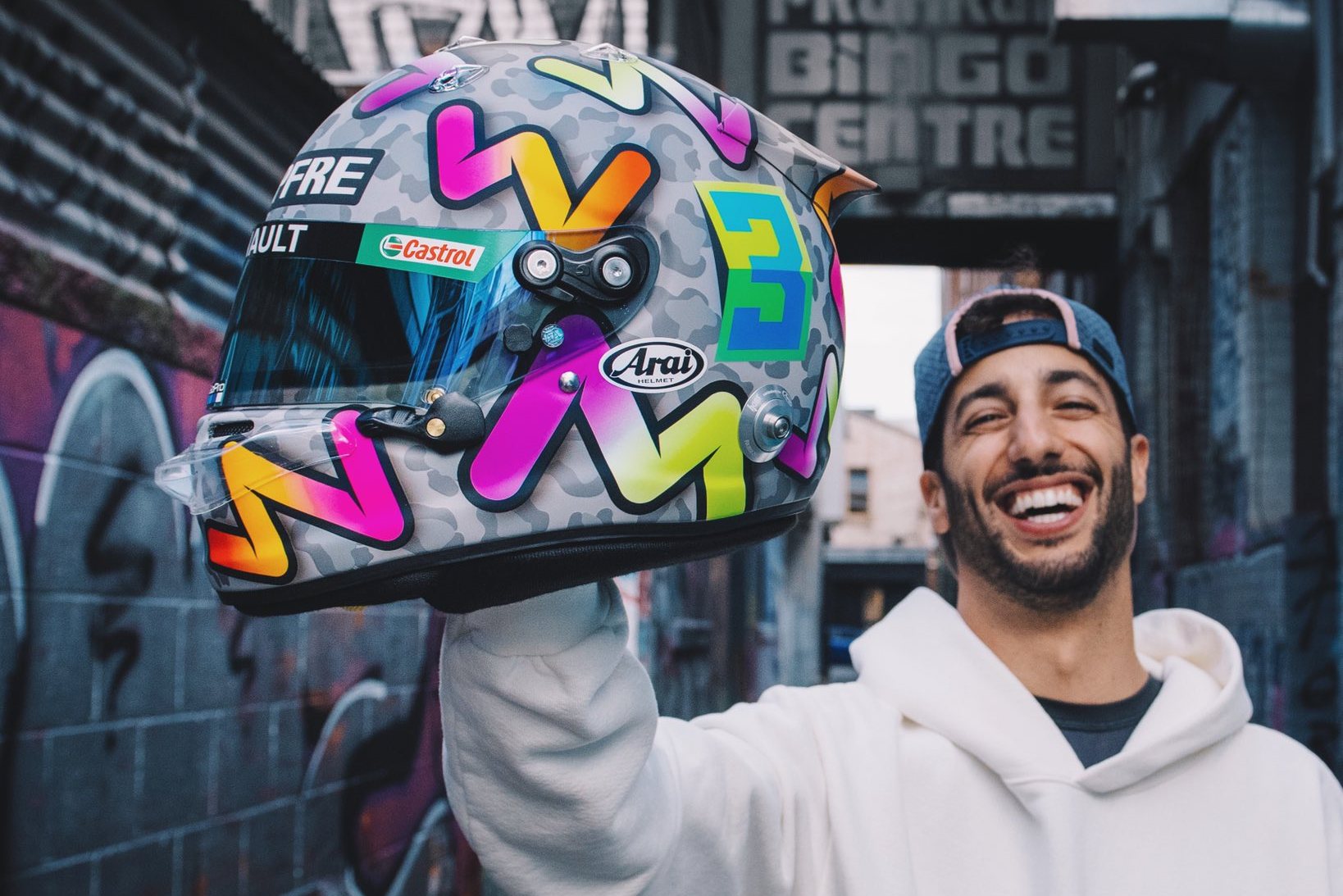 Daniel Ricciardo is one of F1's most colorful characters, and that trait extends to the Aussie's helmet.

The Renault driver introduced a new lid in Melbourne, a city known for its flamboyant street art which lines many of its laneways.

The bright and flashy local graffiti inspired Ricciardo who worked once again with L.A. artist Ornamental Conifer to whip up the splashy motif which features a grey camo base embellished with a fluo and repeated gummy worm-like 'W'.