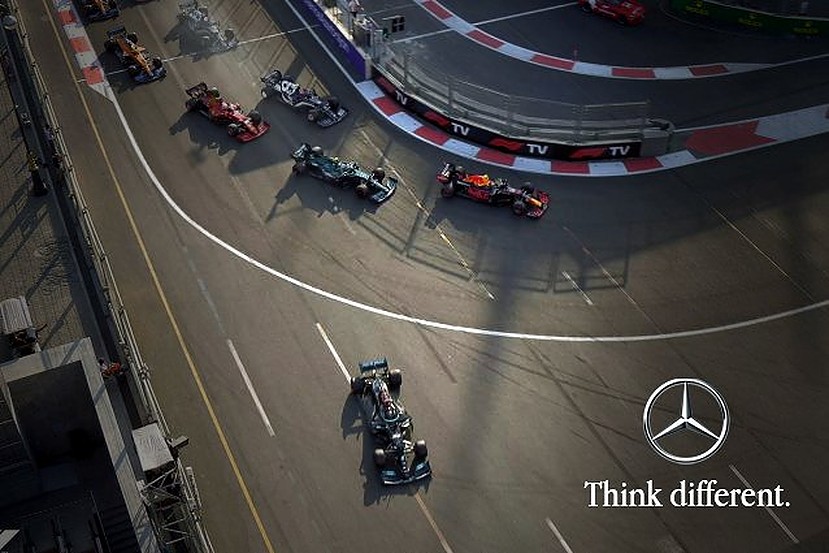 It's probably a testimony to the seven-time world champion's outstanding reliability as a driver that when an error does happen, he'll undergo a massive pummeling from his insatiable haters.

But there were also a few amusing and light-hearted teases and taunts after Baku, like this amusing scoff that took Apple's famous 'Think Different' marketing slogan and applied it to Mercedes and Hamilton's calamity in Baku.