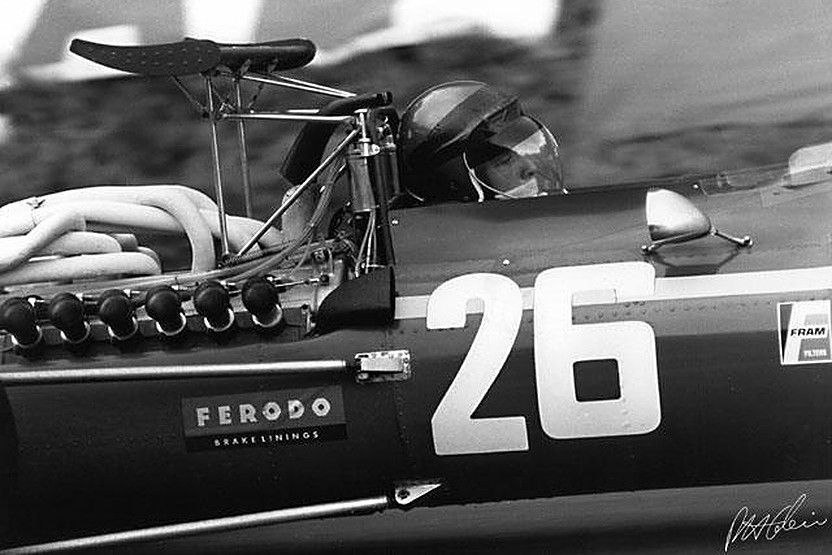 The French Grand Prix at Rouen held on this day in 1968 was only the seventh world championship event for 23-year-old Jacky Ickx, but the works Ferrari driver conquered his maiden win in F1 with the ease of a seasoned veteran.

Starting his race on the front row of the grid, the Belgian relied on his flair to opt for a wet tyre choice while all his rivals had stuck with their dry compound.

From the outset, Ickx was in a league of his own, mastering his competitors and the elements around the daunting Rouen course to finish ahead by almost two minutes.

Alas, the Belgian's joy was tampered with sorrow following the tragic death earlier in the day of Frenchman Jo Schlesser who had crashed on the second lap of the race and perished in the blazing ruins of his Honda.

And by the way, the picture above was taken by our good friend Paul-Henri Cahier, who was just 14-years-old at the time but already well on his to following in the footsteps of his legendary photographer father, Bernard.

A win at Reims marred in tragedy for Ferrari and Hawthorn