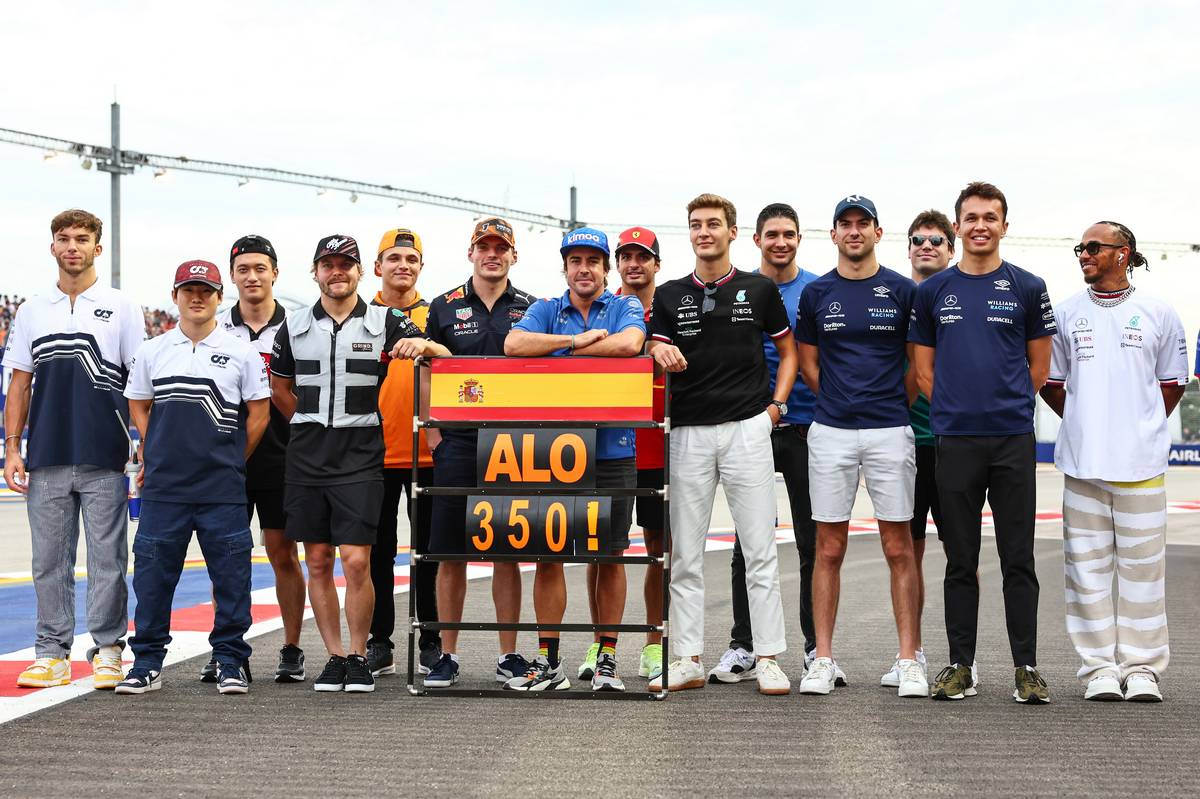 Fernando Alonso will be in a league of his own after Sunday's Singapore Grand Prix as the Spaniard will have become the F1 driver with the greatest number of race starts under his belts.

At Monza three weeks ago, Alonso equaled the record held by Kimi Raikkonen. So ahead of this evening's round of racing at Marina Bay, F1's class of 2022 - although there were apparently a few absentees - came together to pay tribute to the sport's oldest and most experienced driver on the grid who started his career in F1 with Minardi in 2001.

From here, the Alpine charger – who will switch his allegiance to Aston Martin next season - will need to add 50 race starts to his impressive track record to reach the incredible milestone of 400!

"I will reach 400 for sure, so that's a big number," Alonso confidently said.

"It shows my passion for the sport and my discipline to perform at the high level."

No argument there, Fernando...