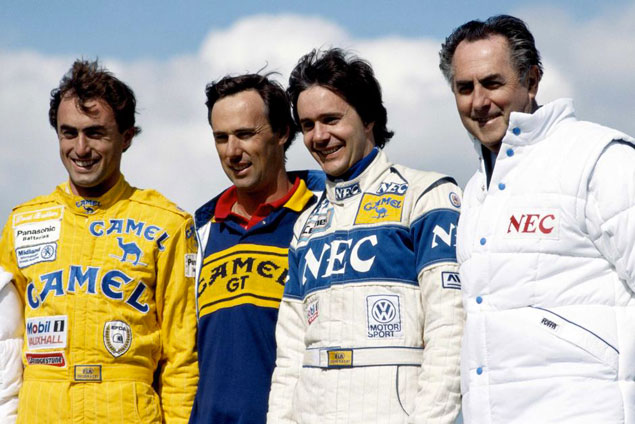 Pictured above is three-time F1 world champion Sir Jack Brabham along with his three sons at the Silverstone round of the 1988 British Formula 3 series.

David, the youngest (on the left), was making his debut in the category that year.

Geoff, the eldest son (middle), spent most of his racing career in the US though he won the 1993 Le Mans 24 Hours for Peugeot (David would also win the French endurance classic for the same make in 2009).

As for Gary (on the right), he became champion in British F3 that year and would go on to have a very brief spell in F1, driving for the improbable Life F1 team.