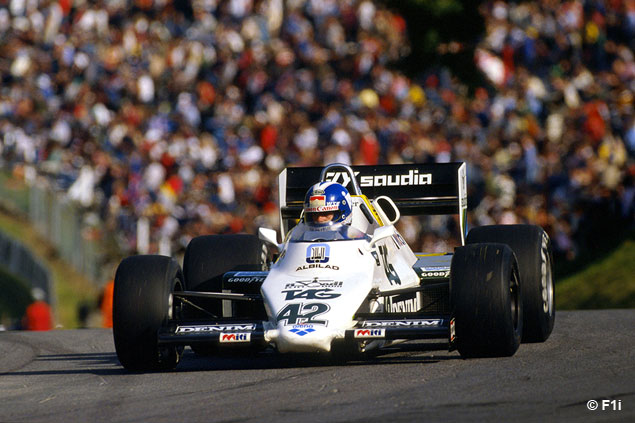 In September 1983, reigning European F2 Champion Jonathan Palmer made his Grand Prix debut at Brands Hatch for the Williams team in the European Grand Prix. A certified doctor in medicine, Palmer's F1 career was rather lackluster but spanned six years. After he retired from racing, the father of Lotus racer Jolyon became a commentator for the BBC before embarking on a business career, buying the Brands Hatch circuit and promoting the FIA Formula Two Championship amongst other business deals.