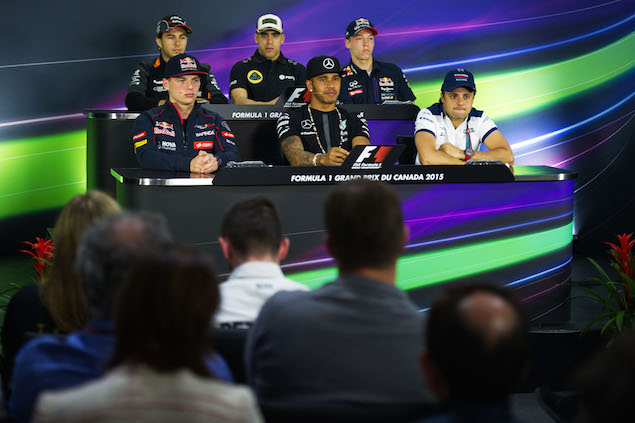 The Question: Obviously the story in Monaco, of the race, was triggered by the safety car and here in Montreal 11 of the last 17 races have featured at least one and as many as four safety cars. Can you speak about what your first thought is, as a driver, what kind of communication you have with the team at that time and what are the most important things to take care of from a driver’s point of view?

Lewis, your thoughts on it? What do you like to take care of when you hear that the safety car has been deployed?

LH: I think you just have to stay cool and follow the procedures that you know and also the feedback that the team gives you.

LH: I like to listen to the general level of confusion on the pit wall and then, if I feel it hasn’t yet reached full ‘run around in circles while claiming that the sky is falling’ mode, I’ll throw my two cents’ worth in and wait for disaster to strike.