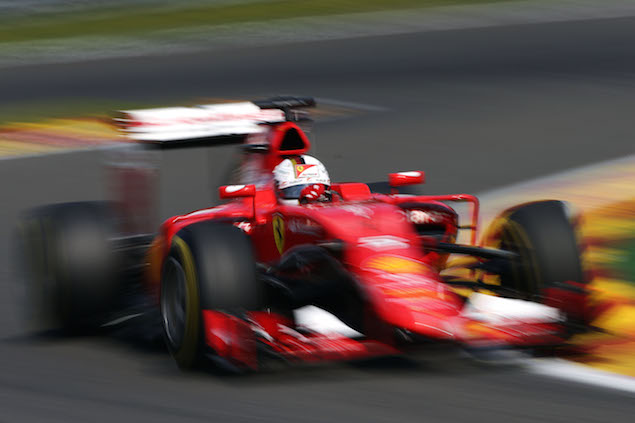 Maurizio Arrivabene: “Of course we didn’t have the best week-end of the season. We chose an aggressive race strategy for Sebastian, which was going well according to plan, until unfortunately a tyre burst suddenly with two laps to go. As for Kimi, he started from sixteenth on the grid and finished seventh, well into the points. This shows a great reaction and stamina from the team. Now, with Spa already behind us, we focus on the next race in Monza.”

Kimi Raikkonen: “Obviously we cannot be very happy with where we finished, but it’s much better than from where we started. Yesterday we had some issues but today we wanted to get a better end result. My start was pretty bad, I had a lot of wheelspin and then obviously the first corner was not ideal, but I was able to recover quite well. My car was handling pretty well through all the race, only towards the end I ran out of the front tyres. Today we kept doing our best and tried to improve our position, but coming from so far back it was not easy. We keep trying and hopefully we have some more luck on our side in the future, we are doing the right things as a team but all the times something happens and we cannot get the result we expect. Now we go to Monza, our home race: it would be very nice to have a strong weekend there in front of all our fans. Again the track has a lot of straightlines and is not going to be easy against all those cars but we’ll bring some new stuff that hopefully will help us to be in fight.”

Sebastian Vettel: “We deserved to finish on the podium but that’s racing; a different thing though is not to finish the race because of what happened. I think this is not easy to accept for a driver, even if it’s not as bad as in Silverstone few years ago, but still we need to talk to each other as it can’t happen without prior notice. There’s no explanation for what happened: it’s not a puncture, the tire just exploded.”