Following Lewis Hamilton's dominant victory in a race weekend overshadowed by criticism of Pirelli, F1i looks back at how the Belgian Grand Prix unfolded and opens itself up to future ridicule by checking just how accurate its podium prediction was… 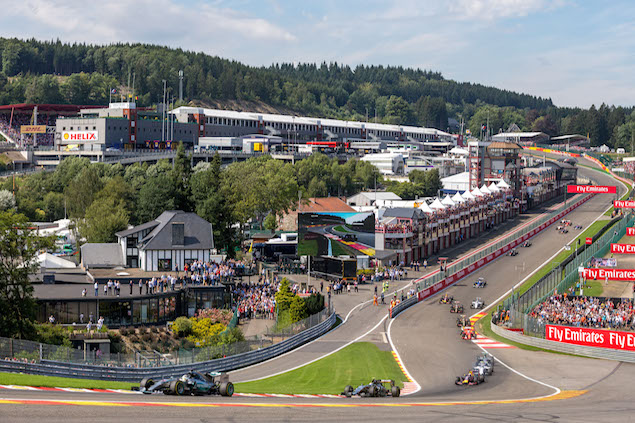 For the third race in a row, at least one Mercedes made a poor start but it was Nico Rosberg who slipped back as Lewis Hamilton withstood pressure from Sergio Perez to lead in to Les Combes. From there, Hamilton was comfortable, while Rosberg quickly fought back to second at the first round of pit stops. Sebastian Vettel was set to one-stop his way to third before his tyre failed on the penultimate lap, promoting the impressive Romain Grosjean (who had been catching the Ferrari anyway). Williams made a bizarre pit stop error and McLaren was just very slow.

For once not a Mercedes or Ferrari driver; Romain Grosjean deserves the plaudits for an excellent drive. The Frenchman admits he still thinks back to the start crash he caused in 2012 whenever he comes to Spa - an incident which earned him a race ban - but he was pretty much faultless this weekend. Having missed FP1, Grosjean was immediately quick in FP2 and then excellently qualified in fourth place. A grid penalty demoted him to ninth but Grosjean had the pace to work his way back up to fourth and was putting pressure on Vettel when the Ferrari’s right rear tyre failed.

While a lot of overtaking took place using DRS in to Les Combes, Max Verstappen opted to set up his move on Felipe Nasr in a much more spectacular manner. Verstappen got a run on Nasr exiting the Paul Frere corner and was forced to the outside as the pair approached Blanchimont, but kept his foot in despite running slightly wide as Nasr gave just enough room at extremely high speed. The whole move left Verstappen on the inside approaching the final chicane, allowing him to outbrake the Sauber. Thrilling stuff. 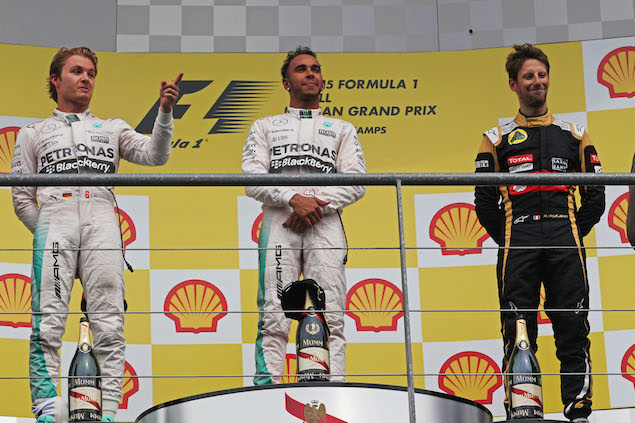