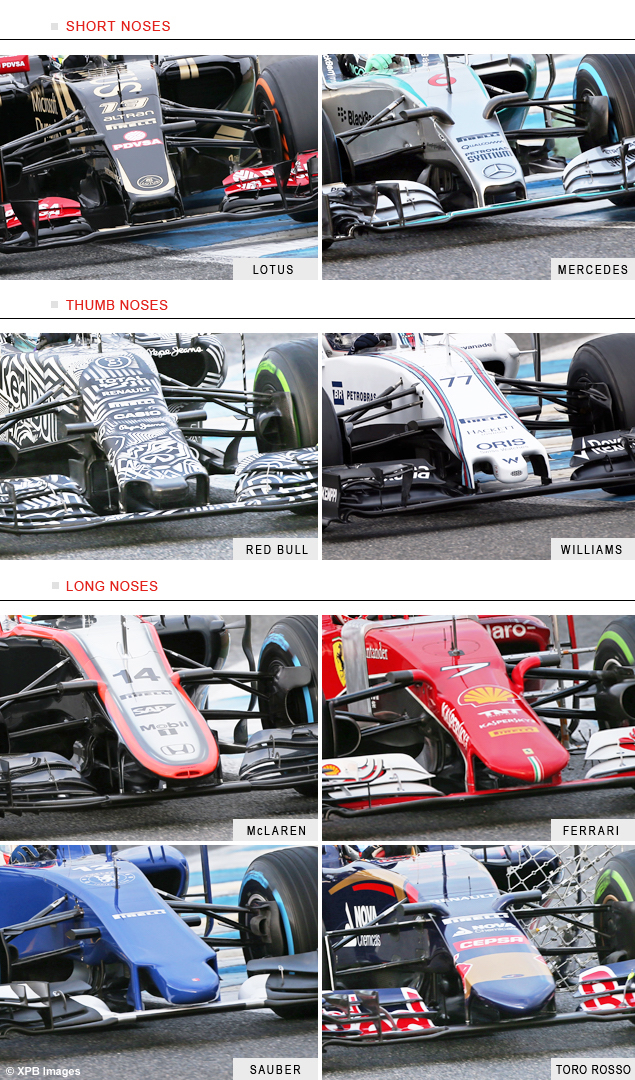 Of the few changes in the technical regulations for the 2015 F1 season, the nose of the car is by far the most obvious.

New nose regulations were introduced to prevent a repeat of the ugly designs seen in 2014, with the cars taking to the track at the first test at Jerez falling in to three main categories.

First there is the Mercedes and Lotus approach, with a short nose which tapers as it reaches the front wing. It marks a radical change for Lotus, with the team having opted for an innovative twin tusk design in 2014.

Then there is the Williams and Red Bull, which is the shortest of the noses but features a small appendage at the front. Williams chief technical officer Pat Symonds says this is the best solution aerodynamically but also the hardest to get to pass the FIA crash tests.

Finally, there is the long nose employed by the other four teams. While McLaren, Ferrari and Toro Rosso have fairly similar designs, Sauber still includes a wide protrusion at the end.

Toro Rosso technical director James Key says his team’s nose is likely to change ahead of Melbourne - and many other teams may follow suit - but the best design is yet to be determined.