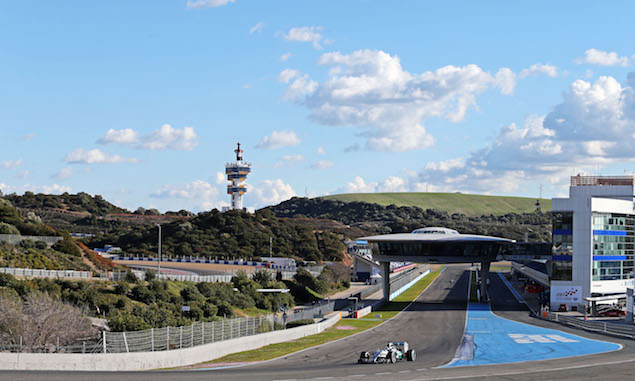 The first pre-season test saw plenty of running for the majority of the eight teams present, and Ferrari topping the times.

Kimi Raikkonen set the fastest time of the week - a 1:20.841 - on the soft compound tyres, while his new team-mate Sebastian Vettel was second quickest and only 0.1s slower than Raikkonen despite setting his time on the mediums.

Last year, the first four days of testing the new V6 turbo power units saw 1,470 laps completed in total, with Kevin Magnussen posting the fastest time for McLaren with a 1:23.276.

Comparing that with the start of 2015, a total of 2,294 laps were completed this week with Nico Rosberg managing 308 of those alone. With lap times 2.4s faster and 50% more laps completed, it highlights the progress made in one year with the new regulations.

Each team has 135 sets of tyres for pre-season testing, with two more tests to follow at the Circuit de Catalunya in Barcelona from February 19-22 and February 26-March 1.

While some teams were enjoying an encouraging first test, the returning Honda power unit saw limited mileage as Red Bull again struggled at Jerez. The Lotus mileage was solid, however, for a team which didn't even have a car at the circuit until Sunday night.