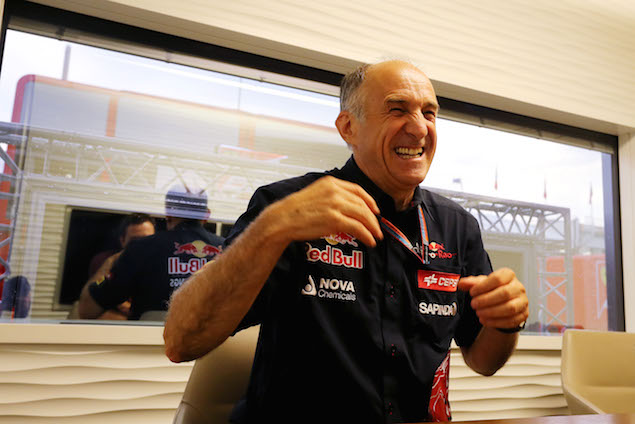 Toro Rosso is celebrating ten years in F1 since Dietrich Mateschitz took over the former Minardi team, and one man has been at the helm from day one.

As a former Formula Ford and Formula 3 driver, Franz Tost had previous team management experience in with the WTS Formula 3 team in the 1990s before moving to BMW Motorsport. As track operations manager, Tost saw BMW’s influence in F1 growing before he got a call from Mateschitz and made the move to Toro Rosso.

Ten years later, Tost has overseen numerous changes within the team but also varied results, with one victory, one pole position and 234 points to date, culminating in a best constructors’ championship finish of sixth place in 2008.

Sitting down with F1i to reflect on the past ten years, Tost says one thing is certain: “I learned a lot!

“It was quite interesting when Dietrich Mateschitz called me and said there’s a new challenge waiting for me. I went to Faenza, and I remember back when the people at BMW during a race - I don’t remember where it was - they were smiling because there was a Minardi catching fire during a pit stop. They were looking to me and laughing.

“Afterwards they wished me all the best but they couldn’t understand that I left BMW - it was quite an interesting time at BMW, just when they started to work together with Sauber - and went to Minardi. But for me this was such an interesting challenge and this is always something that I like in life, to do something where the end is a little bit unforeseen.”

And Tost says the way the sport has evolved has caused Toro Rosso to have to adapt more than any other team across its ten seasons in F1.

“So I went there, I remember there were 85 people, and we started to build up the team. 2006 was the first season, we went out with the V10 engine - we were allowed to use it for another year but with an air restrictor - [Vitantonio] Liuzzi and Scott [Speed] were driving for us. The team started to grow up. I had to make a picture of the team, where we were going. The philosophy in those days was quite a different one to today because in those days we raced the cars from Red Bull.

“When Dietrich Mateschitz decided to buy the team he said ‘OK, I buy the team but first of all we have to use the same cars and secondly we have to educate young drivers’. Therefore Red Bull Technology was created to provide Red Bull Racing and Toro Rosso with drawings and parts and so on. Unfortunately we never had the same car because we always had another engine. Originally Red Bull was with the Ferrari engine but then later they wanted to change to Renault and therefore we took over the Ferrari contract. Then Red Bull was always with a Renault and we were always a Ferrari. 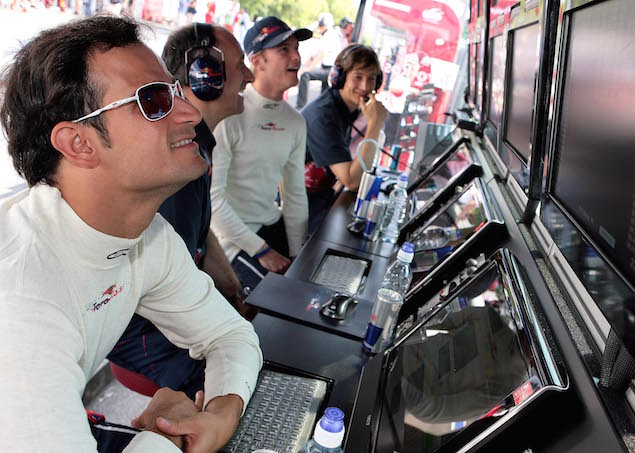 “But it was OK, it was a good time. In 2007 the team had in the meantime reached around 120 people. We were growing, we scored points, we improved our performance step-by-step. Then 2008 was for sure our most successful season when Sebastian Vettel was driving for us and when we won Monza, and then our direct opponents changed the regulation and from 2009 onwards we had to design our own car. Everything in house. We by far did not have the infrastructure for this. It was a bit difficult to build up the infrastructure.”

When Paul Stoddart had been looking to sell the ailing Minardi team he received numerous approaches, but made it a stipulation of the deal that the team must remain at its Faenza base. With only Ferrari and Sauber also basing themselves outside of the UK, Tost admits expanding the team was a big challenge.

“The buildings were not such a big problem because we found some buildings around which we could rent but to bring the people to Faenza was really a difficult exercise. You need engineers and most of the experienced engineers in Formula One have families, they live in the area of Oxford and they have children who are going to school in England, so to convince them to come to Italy was really a difficult exercise.

“But in the end it worked, we found some good agreements between us and some engineers. Step-by-step we built up the team. Year-by-year we had some progress and we improved the performance of the team and I think now in 2015 we need another year to be in a position - if the complete package is correct - to fight within the first five of the constructors’ championship.” 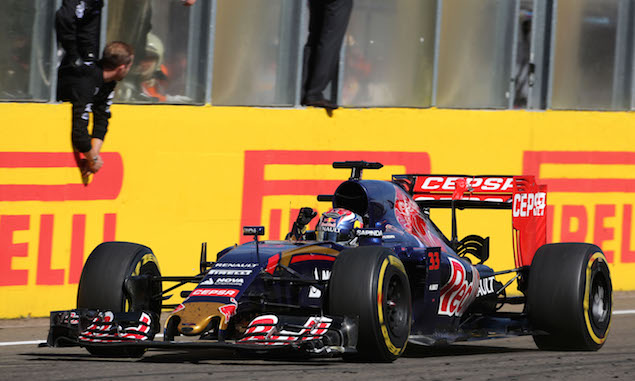 The top five target is one which has been highlighted over the past two seasons, but it’s not just because Toro Rosso is celebrating ten years in F1 that Tost believes it is on the verge of making the next step. This summer has seen major work completed which should allow the team to move forward.

“Our infrastructure from the building is finished. We now have a proper Formula One building where everything is close together, which was not the case until now. We started to move everything during the August shutdown and from September onwards we have everything under one roof. This is a big advantage because engineers, designers, all the people are sitting closer together and they do not have long ways of communication.

“Also from the manpower we have reached quite a good level. Nevertheless we are hopefully bringing in a few good, experienced people, which you always need. Then Toro Rosso must be in a position to be in the first five and this is the target from 2016 onwards.” 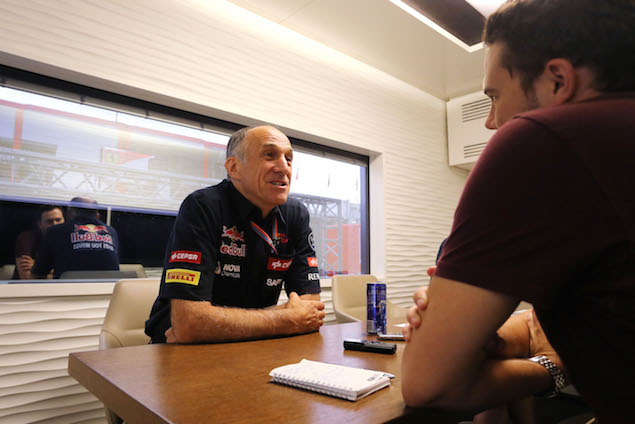 With Tost insisting Red Bull will not limit the level Toro Rosso can aspire to reach, I asked him where he sees the team in another ten years, but his ambition for success means he will not contemplate such a timeframe.

“Not in ten years, it should be in the near future that Toro Rosso will become a team to fight for podiums and for victories. I don’t think I will be here in another ten years as well because there are younger people, much more clever people than me who have to take over in the team and bring the team forward!”

Eric Silbermann on criticism of Pirelli: Tyred and emotional