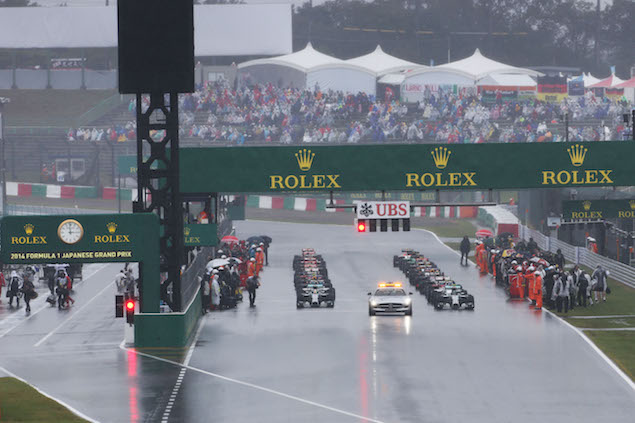 Well, well, well… Hands up who saw Mercedes’ struggles in Singapore coming? Nope, nor me. So was it simply a blip or is there new life in the title race? Realistically it’s the former, as Mercedes struggled to get grip from the tyre compounds on offer in Singapore, and is unlikely to have the same problem again on any kind of regular basis. However, the result will cast a seed of doubt in the team’s mind and Lewis Hamilton’s weekend was compounded by a mechanical failure which will just have given Sebastian Vettel a glimmer of hope. The pressure will be on Mercedes to bounce back immediately, but it will also be a weekend of reflection as F1 returns to the scene of Jules Bianchi’s accident one year ago which would ultimately cost him his life.

For once there are two form teams heading to Japan and Mercedes is neither of them. Ferrari and Red Bull were hugely impressive in Singapore, both getting the soft and supersoft tyre compounds to work effectively on their respective cars. For Mercedes, the tyre combination coupled with the tricky balancing act of having to work hard to warm up the front tyres on a circuit with few high-speed corners while protecting the rears in all the crucial traction zones proved difficult. Suzuka will pose very different challenges, with only the hairpin and final chicane requiring strong traction, while there are plenty of high-speed corners to put energy through the fronts. Red Bull might struggle a little more compared to last weekend, while Williams will look to get back in podium contention. McLaren’s hopes of scoring points on a track which suited its car ended with two retirements in Singapore, and Honda’s home race is likely to see the team slip towards the back of the grid again. 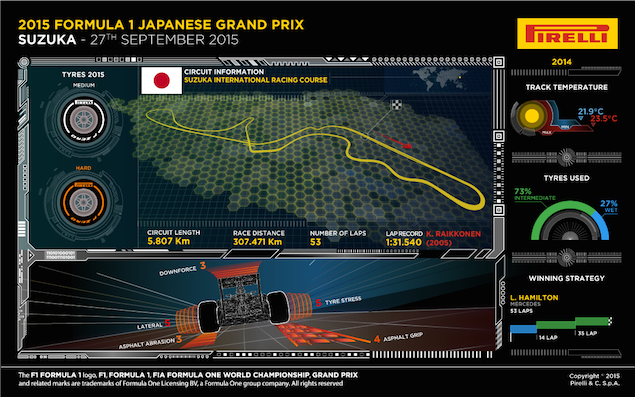 Japan often sees Typhoon conditions - with last year's race weekend a prime example - and this year looks like being a similar story. Another tropical depression looks set to turn in to a Typhoon this weekend but will not strike land as in 2014. The forecast has improved to the stage where it is likely to be wet on Friday but should clear up for Saturday and Sunday, with the rest of the weekend set to be dry and warm. 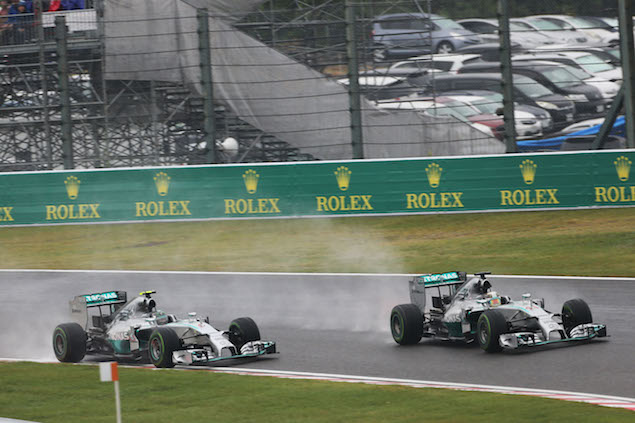 Scene at the Singapore Grand Prix