Designed from a brand new set of regulations and in a relatively short period of time, the 2017 F1 machine are still racing cars that offer a lot of room for improvement. With the help of data accumulated on the track during Friday free-practice, the teams can identify the strengths and weaknesses of their cars, in order to quickly implement a development programme. Force India Technical Director, Andrew Green explains the 2017 development principles.

F1i : In following the evolution of the cars from one Grand Prix to the next, we notice that the rhythm to which innovations are introduced is clearly faster than in past years. Why is the development time shorter than in the past?

Andrew Green: “The biggest difference is the change in regulations – and they’re not small but rather significant changes – that have opened up vast areas of the car to development. As a starting point, we have a much larger playing area to work in. And we’re starting from a quite immature base, so we expect development to be quite steep. But the regulations also limit how quickly we can develop. So the rate of development is effectively pegged by the FIA and the regulations by the number of runs we can do in our wind tunnel and the amount of CFD we can use. So, when you combine all that together, you have a car that is effectively quite under-developed to start with, but has the potential to attain a much greater performance level. But the rate in which we can get there is limited by the regulations. So, when we look at the difference between where we are and where the car is going to get to and the rate of slope that we can achieve, we can see that over a period of a quite a long time we are going to be developing at quite a big rate.” 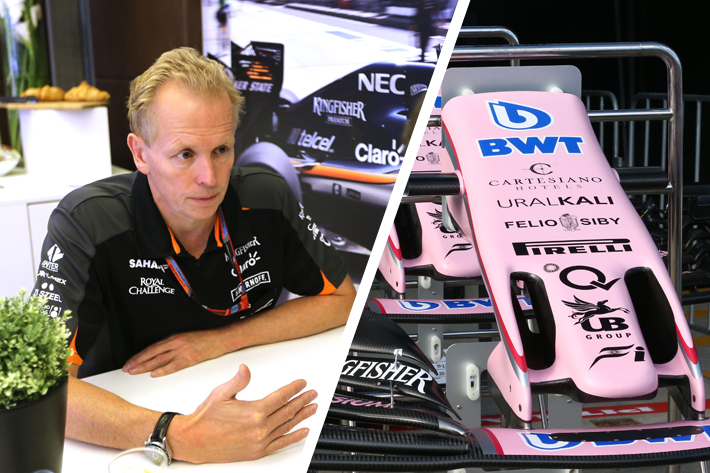 Does this mean that the relationship between the time spent developing a new component and the gain it brings will be much more significant than last year?

“Yes, last year the car had already developed to quite a high level and the potential wasn’t that much greater, so the slope was much shallower. Next season we will be higher and in two years we will be much further down the road. But where we are now, development is very steep. So, it is going to be important to bring the developments that we get to the track as quickly as possible.”

'No Mercedes in the back of our car next year', says McLaren's Brown