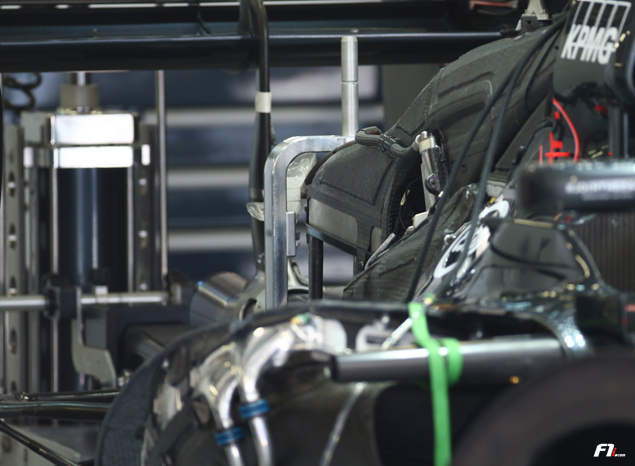 HONDA’S FINAL CHIPS ARE DOWN

Honda brought a new power unit specification to Russia, with Fernando Alonso only sampling the upgrade in Friday free practice. The Spaniard retains priority over team-mate Jenson Button and should give the revised engine its race debut at Austin next time out. McLaren and Honda then plan to use the enhanced package until the end of the current campaign.

The Japanese manufacturer reportedly spent its final four engine tokens (out of its allocated nine) on bringing evolutions to the RA615H’s internal combustion engine (ICE) and exhaust system. Honda had already used two tokens at Montreal and three ahead of Spa. One should bear in mind that engine suppliers have to spend their full token grant by the end of the season, though they don’t actually need to race the updated part.

Here is how the FIA controls power unit development: Renault, Mercedes, Ferrari, and Honda all have to provide Formula One’s governing body with one specimen of their entire installation. Concretely, each manufacturer places in a case the V6 turbocharged ICE, the energy recovery systems (ERS), the batteries, as well as a CD-ROM that contains the plans of every single PU component.

The box is then sealed by the FIA at the factory and stored in a safe place at the federation’s Geneva offices. Then, at any time during the season, the ruling body can require to be sent one of the four power units allocated to each team and compare it to the sample and designs they have in their hands. Should the two assemblies fail to match exactly, engine suppliers face hefty penalties.