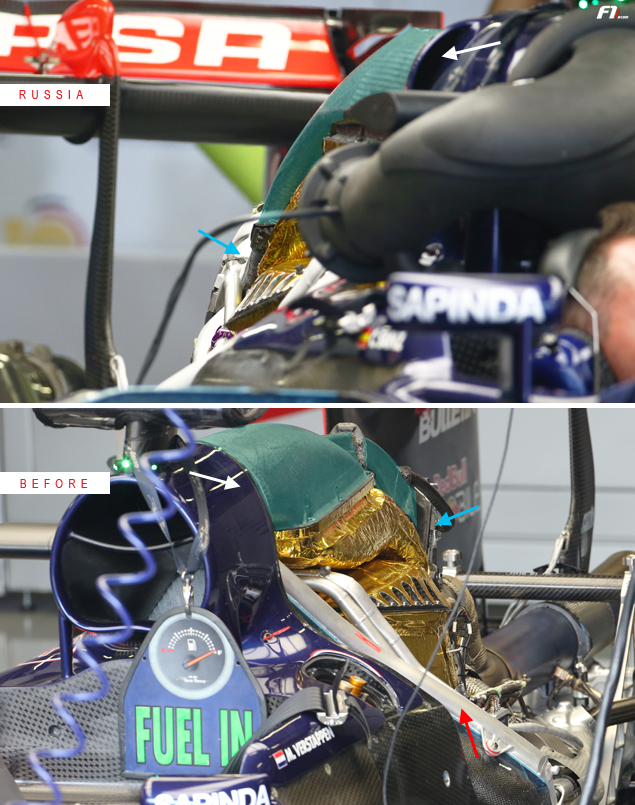 IS TORO ROSSO ALREADY CASTING AN EYE TOWARDS 2016?

The air intake system splits into a couple of tubes: one channels cooling air towards the Renault V6, while the other feeds two oil coolers. One of these radiators is quite big and positioned astride the engine (see red arrow), while the second one is rather small and mounted on top of the gearbox (see blue arrows).

It looks like these extra side inlets are only used to cool down the small radiator, and this with an eye towards reducing the size of the air intake, which would then only require one duct instead of the current two.

Whether this new installation will be used across the remainder of the season, or serve as a basis for the 2016-spec STR11 remains to be seen. What is certain however is that it forced Toro Rosso to change the design of its internal ducting (compare the blue-coloured elements on the image above). 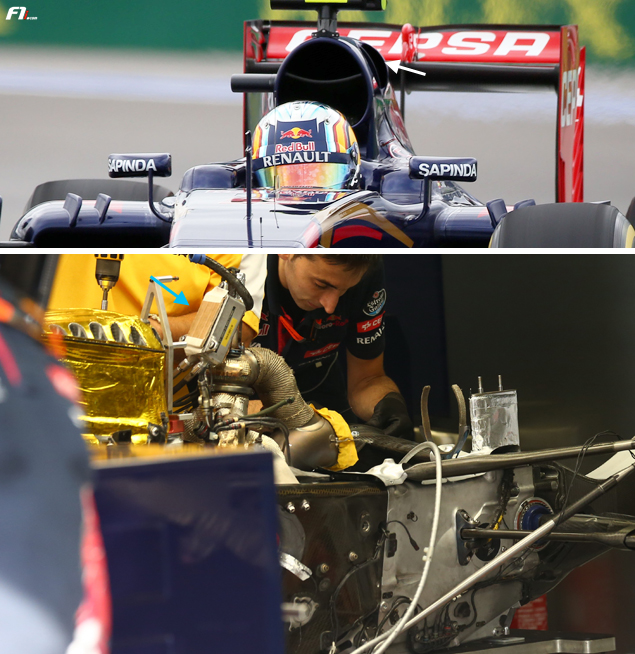