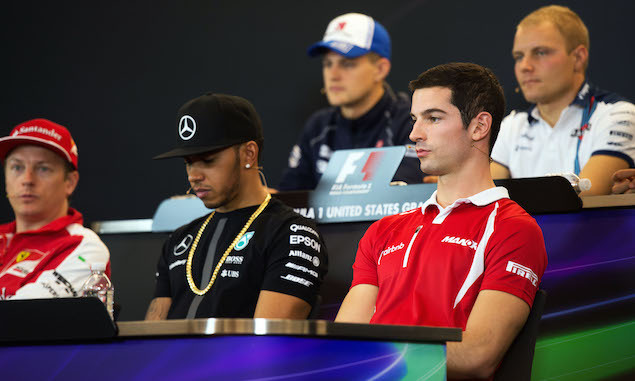 The Question: You spend a lot of time in this country, as we can see from your regular social media output? Why do you like the US so much?

What Lewis said: Well, I like travelling everywhere in the world, so it’s not just the US, but I have a lot of friends out here. There’s a lot to do. America has a lot to offer, in such a big space. I do a lot of my music out here, so this is kind of the central hub for music, so that’s probably why I spend more time here than usual.

What he might have meant to say: Being from the wrong side of the tracks, from the Stevenage ’hood, I naturally feel more connected to my homies from the ‘hoods here, you know, I’m talking about the mean streets of places like Bel-Air and Beverly Park in LA and the Upper East Side and Cobble Hill in New York and of course in my adopted home in Colorado, which gets a little bit chilly in the winter I can tell you…. Brrrrrr.

Of course America is also the home of music. As you all know, I like to do a bit of music, so I thought it would be good to spend some time here. After all, if the mighty Kanye West can become a huge star in the US on the back of the massive talent he displayed at Glastonbury last year then I feel I can have equally great musical success in the US. After all, I think I have a similar gift.