Catch up with what the teams had to say following the 18th race of the 2018 season, the United States Grand Prix at the Circuit of the Americas. 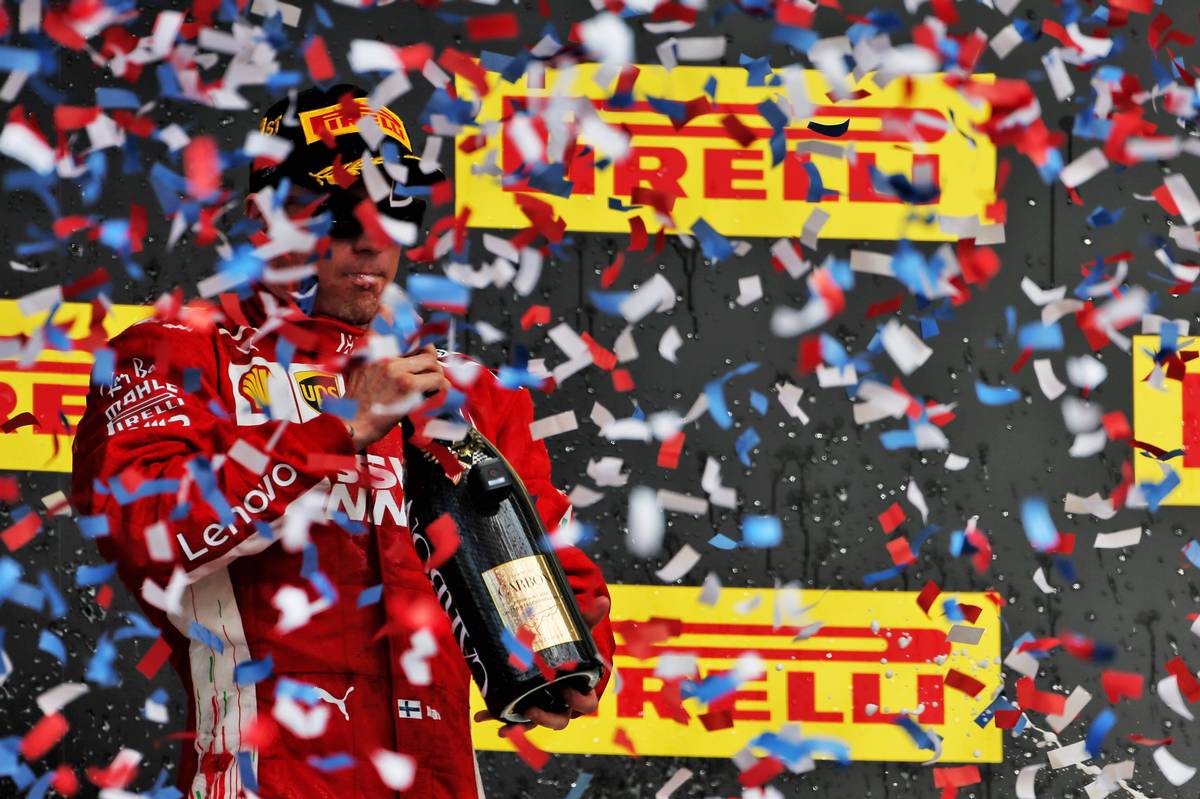 Sebastian Vettel
"I am really, really happy for Kimi and his result today, but I am not happy with my race and I am disappointed for letting the team down today. I had a contact with Ricciardo on lap one, I am not sure he saw me when I was getting closer to him. I wanted to put him under pressure for the next corner, I wasn't thinking about passing in that point at any rate, but I had nowhere to go, we touched wheels and I span around. I think this has been an important race for us as a team and it's nice to see that we had a good pace during the race, even though there are still many things we need to learn and to understand. It has not been an easy time for me lately and bad results are part of the game, but I believe it's always possible to overcome issues."

Kimi Raikkonen
"Obviously it's a great feeling to win this race. It's nice to prove to all the people that we can still win; that's the reason we are here for, try to win races and Championships. It was an exciting race, not only for us but also for all those who were watching. We had a very solid weekend, I felt confident and I'm glad about that especially because lately we've had rough weekends for the team. I'm glad we had a fight and it's nice to see that we still have the speed to go for it and fight has hard as we can. This weekend we found the car that we expected to have. The start was a key moment; In the first part of the race we had the speed, I tried to take care of tyres and save fuel. Then the Mercedes stopped and came back on fresher tyres: at that time, my target was to keep them behind before we, too, stopped for tyres. If Hamilton had passed us before our stop, it would have been a different story. We are still in the fight for both Championships and this is a good thing. We're off to Mexico now, where we'll try do the best we can and hopefully we can get a great result for both teams. We'll keep fighting until the end."

Maurizio Arrivabene, Team Principal
"Today's win came courtesy of Kimi who drove a great race and the team, which at such a tricky time, showed great courage in taking a step back, fighting our closest rivals on equal terms. Seb was unfortunate and had to fight his way back up the order after the collision on the opening lap. In the championship, the numbers are against us, but we will knuckle down and fight all the way to the end, just as we did today."

Tech F1i: Honda gets a boost at home