Romain Grosjean speaks exclusively to F1i about his time with Lotus, explains the attraction of a new challenge with Haas and reveals his hopes for the future 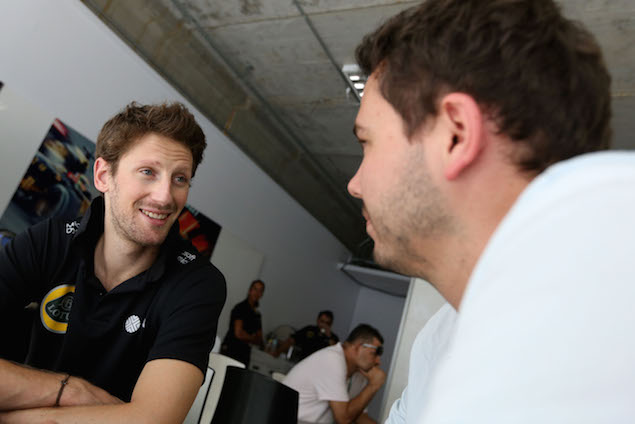 ON HIS TIME AT LOTUS

Lotus has been your home for your entire F1 career, so let’s reflect on it a bit. What have been your best memories with the team?

“Oh f**k! Best memories… The first time I went to Enstone was in September 2005, so have you got a long time?! It’s more than ten years. September 2005 I came as part of the Renault young driver development, didn’t speak a word of English, get there and met Wendy and Di at HPC who didn’t speak a word of French so it was a bit of an interesting time! Then I grew up from there. I had my first drive at Stowe in 2008 with the R27 just before the World Series in Silverstone where I was doing the show, discovered a Formula One car - that’s something that is always going to stay in my mind.

“My first podium in Bahrain in 2012, my first big shunt in Formula One as well. A lot of podiums, my first time leading in Japan 2013 - I got to the first corner and I was leading the race and I thought ‘Oh, this is good!’ - and the podium this year in Spa when I celebrated with the bailiffs! So highs and lows.”

So what have been the lows and the things that you have really learned from here?

“Spa 2012 was one but the hardest one was Japan 2012. To me that was my biggest mistake, the one that really hit me big time. So yeah they were the lows. 2014, the whole season as well. But on the other hand what I have done with the team or the team has done with me - both ways - is that from a disastrous car we came back with a very good baseline in 2015. We didn’t have any upgrades on the car and it was still capable of getting in to Q3, doing some great results like being on the podium in Spa, so there have been lows but you learn from the lows as well and make yourself stronger.” 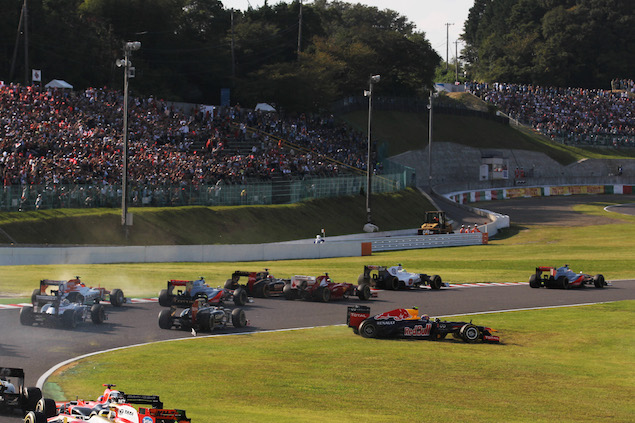 You mentioned Japan in 2012 and I remember Mark Webber’s comments afterwards, you seemed really upset after that race…

“Ask the girls, because he came in the hospitality and he was shouting and closed the door really hard and made a lot of noise and the girls were quite scared. Everyone thought he was going to punch me - I was the first one to think that - but he didn’t! It was a tough one. The worst bit was coming on to the grid at the next race, coming on to the grid when you’ve been treated the way I was and what I was called - and it was quite justified - was hard. It took a lot of courage to make it but I made it through and it made me stronger.”

As you say, you’ve been through a lot at this team so was it really difficult to leave?

“It was. It was, especially as you know the team and the guys become your friends over the years. It is emotional, but on the other hand I think for my career moving to Haas is the right thing to do. It is a very exciting challenge, it’s a great challenge and I think for me it is the best move I could do.”